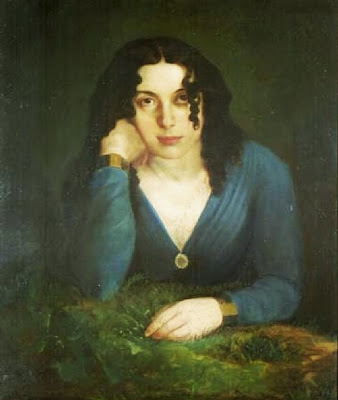 In 1972, the Walter Art Gallery in Baltimore had an exhibit with the questionable title of Old Mistresses: Women Artists of the Past. One of these “old mistresses” was Lilly Martin Spencer, born Angelique Marie Martin, (1822–1902) who was one of the most popular & widely reproduced American genre painters in the mid-19th century. 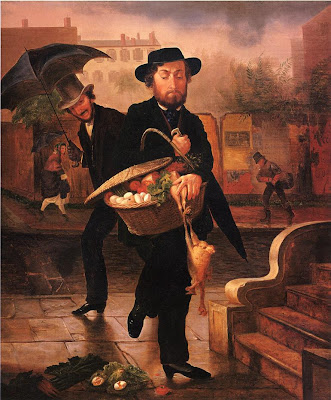 She painted domestic scenes, usually women & children in often unrealistic warm, happy atmospheres. The 20th & 21st century audiences find these paintings trite, but they do offer a glimpse into life in 19th-century America. 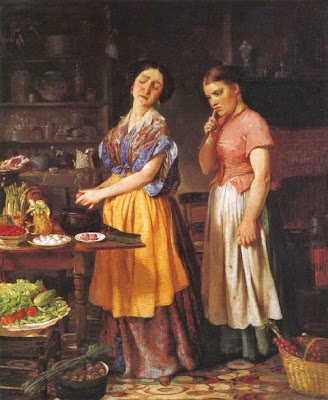 Angelique Martin was the daughter of French parents who emigrated from England to the United States in 1830, when she was 8. She grew up in Marietta, Ohio. Having exhibited artistic talent from an early age, she began studying drawing & oil painting with local artists. 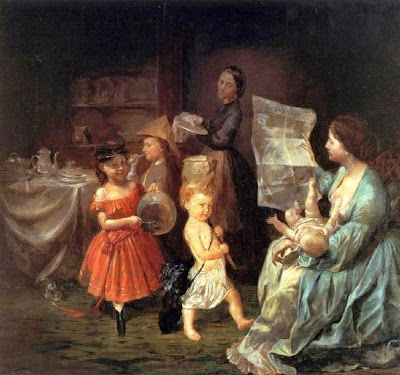 An 1841 exhibit of her paintings in Marietta was a success; & in the fall of that year she settled in Cincinnati, Ohio, where in a few years she firmly established herself as a leading local artist. 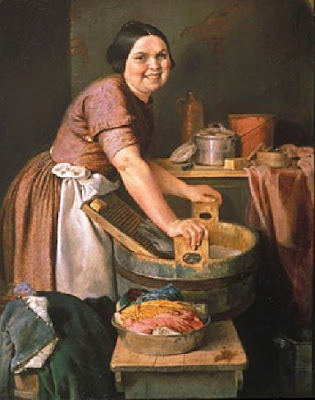 Lilly Martin Spencer (1822 –1902) The Jolly Washerwoman
She married Benjamin R. Spencer in 1844; & in 1848, she moved to New York City, where her work had already been exhibited successfully at the National Academy of Design & the American Art-Union. Through the American Art-Union & the Western Art Union, reproductions of Spencer’s genre & anecdotal paintings reached thousands of homes, & she became nationally known. 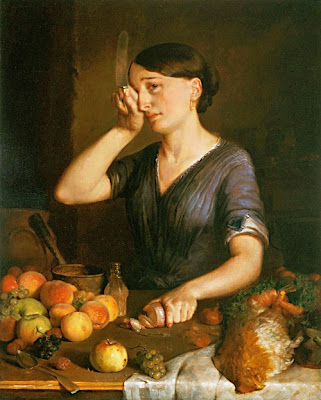 At an exhibit staged by the American Art-Union in 1852, her works brought higher prices than those of John James Audubon, George Caleb Bingham, Eastman Johnson, & William Sidney Mount. 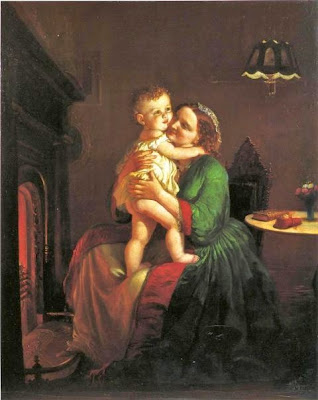 She also received commissions for illustrations from Godey’s Lady’s Book & other magazines, illustrated such books as Elizabeth F. Ellet’s Women of the American Revolution (1850), & executed portraits on private commission. 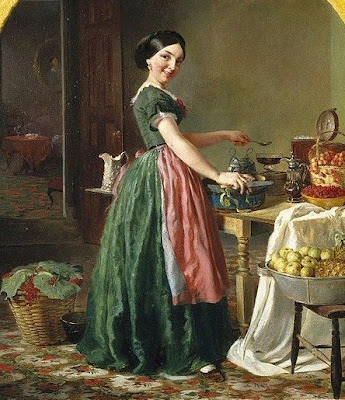 In 1858, Spencer & her large family moved to Newark, New Jersey; & a few years later she established a studio in New York City, where for some years she worked on her monumental painting, Truth Unveiling Falsehood. 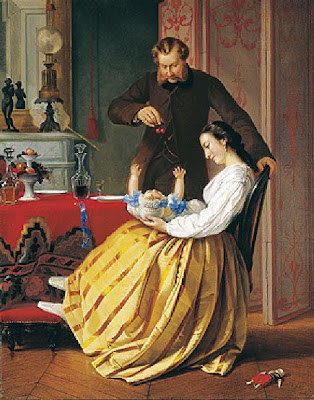 That painting was acclaimed as a masterwork upon its completion in 1869. She refused as much as $20,000 for the canvas, which was later lost. Her popularity declined in later years, although she continued to work. 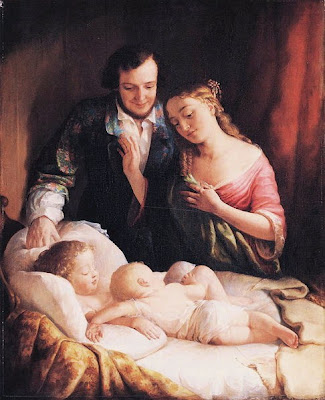 Women in Spencer's paintings were not particularly frivolous or vain; rather they worked in domestic labor, which was depicted as not merely useful but highly enjoyable. The woman here is self-confident, smiles & even appears to use the traditional tactic of 19th century women of flirting with the viewer. Here the woman produces & teaches the family, maintains the kitchen & housework & is in control of that world, however limited it might be. The popularity of Spencer's genre paintings declined, as the drive toward equality for women gained momentum.
.
Posted by Barbara Wells Sarudy at 4:00 AM