Gottfried Duden, Report on a Journey to the Western States of North America: Written during a stay of several years along the Missouri, 1824-1827. 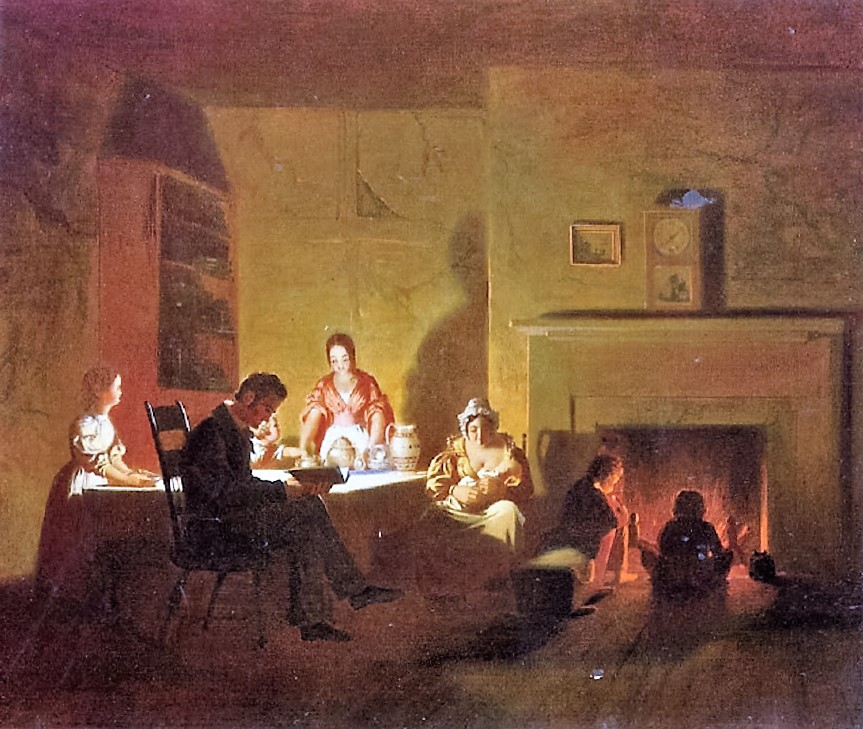 "The too frequent eating of meat produces unpleasant results especially among members of the feminine sex, because their household tasks demand far less of the exercise necessary for digestion than the men have in their work in forest and fields and during their hunting It is easy enough to understand that men who have been working in the open since five or six o'clock in the morning, or have roamed around hunting, enjoy a breakfast of meat dishes, pork roast, and fowl toward nine o'clock.

"But that a city woman (with whom the American women can be compared in delicacy of physique and manner of living) can eat the same food without leaving her rooms is rather remarkable. A number of prevalent ailments are due merely to the excessive eating of fatty meat dishes. As soon as the patients restrict themselves to coffee bread, and butter during the morning, they feel better.

"Most of the ailments from which the natives suffer are their own fault. They have little relation to the climate. But the manner of living, which is the common one here, would very soon kill half the population in Germany.

"Children and adults, whether they are healthy or ill, eat and drink, in summer as well as in winter, whatever tastes good to them. To fast in times of illness is considered great folly. It never occurs to anyone to protect himself against colds either. In every season one sees the children run half-naked into the open from their beds or from the heat of the hearth.

"Some houses are open to the wind on all sides, and the householders do not take the trouble to guard against the penetration of the cold northwest winds by using a little clay. Every day they would rather drag a cartload of wood to the hearth, around which the whole family gathers."
Posted by Barbara Wells Sarudy at 4:00 AM