In 1803, President Thomas Jefferson quietly purchased the territory of Louisiana from the French government for $15 million. The Louisiana Purchase stretched from the Mississippi River to the Rocky Mountains and from Canada to New Orleans, & it doubled the size of the United States. To Jefferson, westward expansion was the key to the nation’s moral health. He believed that a republic depended on an independent, virtuous citizenry for its survival, & that independence & virtue went hand in hand with land ownership, especially the ownership of small farms. “Those who labor in the earth,” he wrote, “are the chosen people of God.” 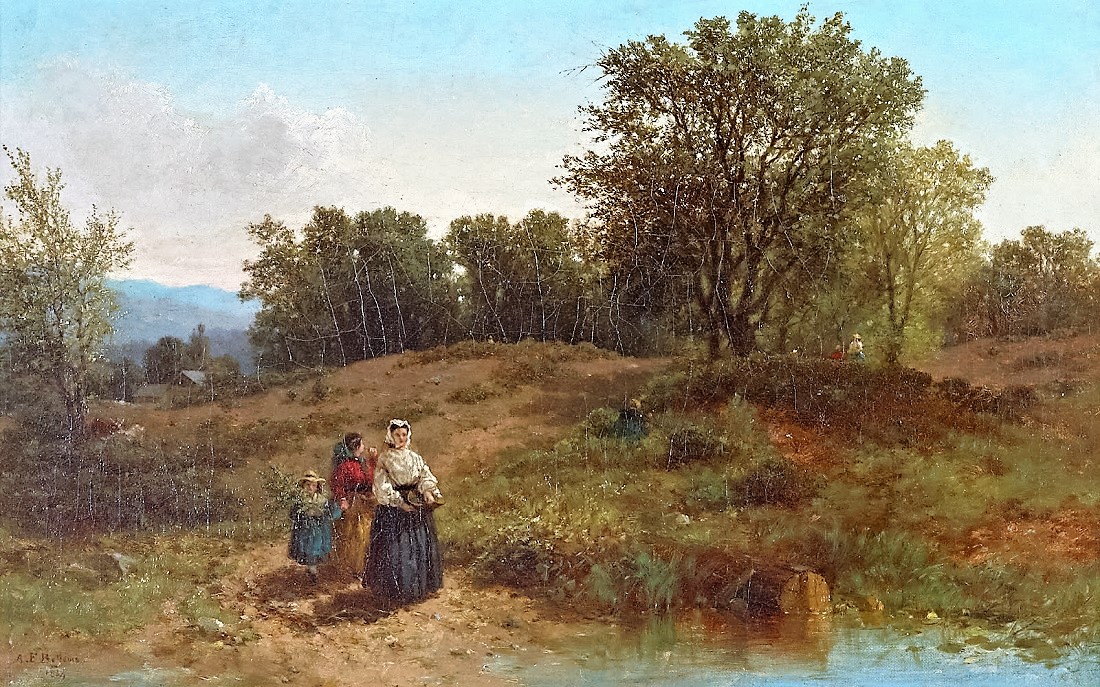 
Whortleberry (Blueberry) Pudding
Whortleberries are good both in flour & Indian puddings. A pint of milk, with a little salt & a little molasses, stirred quite stiff with Indian meal, & a quart of berries stirred in gradually with a spoon, makes a good-sized pudding. Leave room for it to swell; & let it boil 3 hours.When you put them into flour, make your pudding just like batter-puddings; but considerably thicker, or the berries will sink. Two hours is plenty long enough to boil. No pudding should be put in till the water boils. Leave room to swell.
Child, Lydia Maria. The Frugal Housewife. Boston: 1830