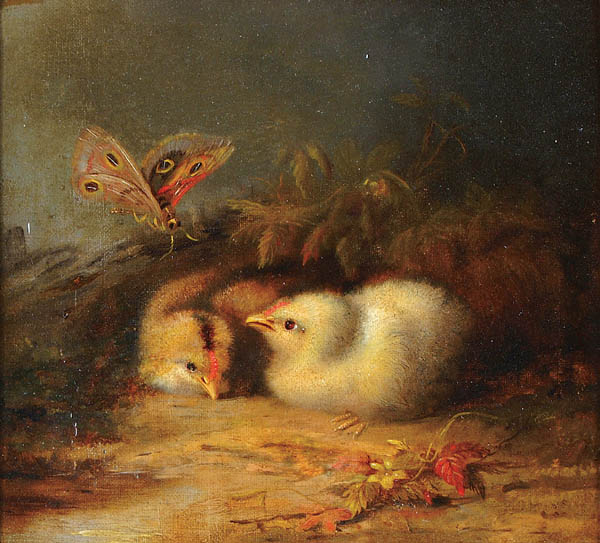 For several years, our nearby grandchildren raised beautiful rabbits to exhibit at the state fair. Now they are much too sophisticated to raise rabbits, so their mother decided to substitute chickens instead.  Lots of fresh eggs up here in our part of the woods now. 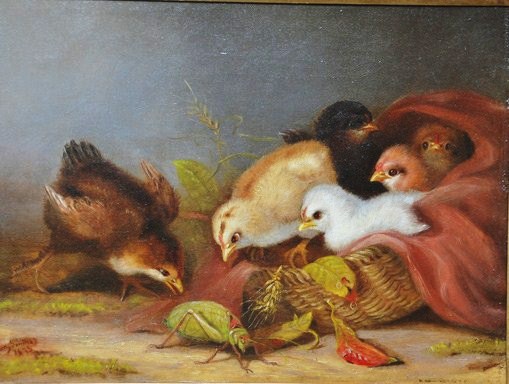 I wanted to show you their chickens, but they don't stand still long enough for flattering portraits. And then I remembered Mary Russell Smith (1842-1878). 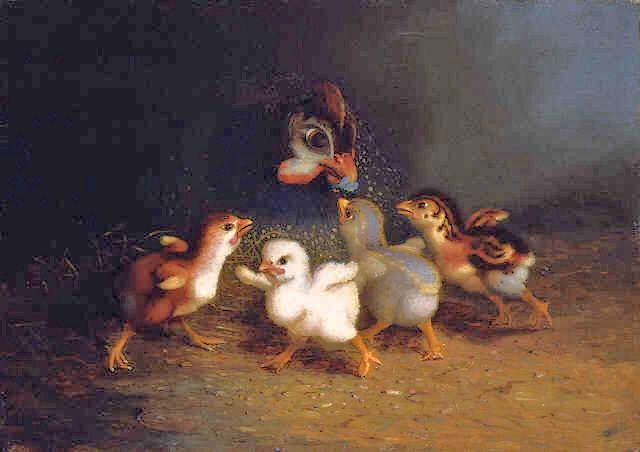 Mary Russell Smith (1842-1878) was born in Pennsylvania. Her father Russell Smith (1812-1896) was a well-known landscape & theater scenery painter, and her mother Mary Patricia Wilson Smith (1819-1874) was a painter of flowers. Her brother Xanthus was a marine painter, especially active during the American Civil War. 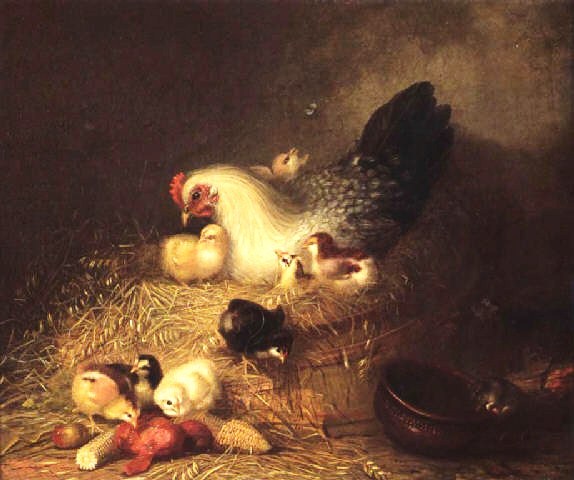 Daughter Mary, also a painter, remained unwed throughout her lifetime, while she obsessively painted farm-life, especially chickens. Mary did not show her chickens at the state fair, but she did exhibit at the Pennsylvania Academy of Fine Arts from 1859-69, and again from 1876-78. These are a few of her chickens & rabbits. 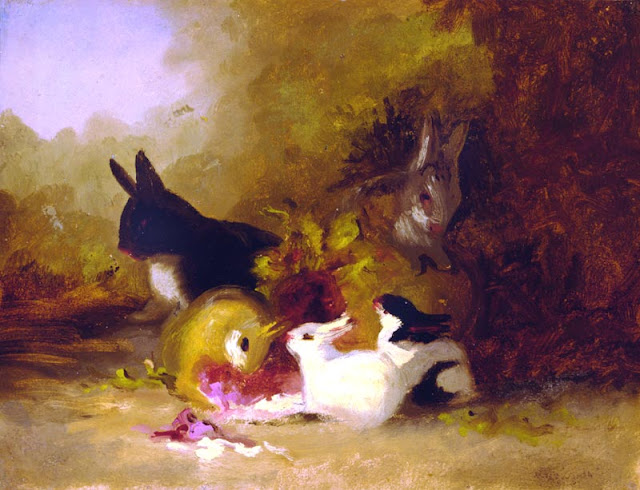 In her short career, Mary Russell Smith executed over 300 paintings, that she meticulously detailed in her "Account of Work Done by Mary Smith, Artist" which is now in the Collection of the Archives of American Art at the Smithsonian Institution in Washington DC.