There is another peculiarity in American manners that should be mentioned. You probably know that in England far more reserve is used, in conversation with a female, than in most, if not all of the nations of the continent. As, in all peculiar customs, each nation prefers its own usage; and while the English lady is shocked with the freedom with which the French lady converses of her personal feelings, ailings, &c., the latter turns the nicety of the former into ridicule...the women of America, of all classes, are much more reserved and guarded in their discourse, at least in presence of our sex, than even the women of the country whence they derive their origin...

The vast majority of the men like it, because they are used to no other custom. Many, who have got a taste of European usages, condemn it as over-fastidious; but my friend Cadwallader, who is not ignorant of life in both hemispheres, worships it, as constituting one of the distinctive and appropriate charms of the sex. He stoutly maintains, that the influence of woman is more felt and revered in American society than in any other; and he argues, with no little plausibility, that it is so because, while she rarely or never exceeds the natural duties of her station, she forgets none of those distinctive features of her sex and character, which, by constantly appealing to the generosity of man by admitting he physical weakness, give strength and durability to her moral ascendancy.

I think, at all events, no intelligent traveler can journey through this country without being struck by the singular air of decency and self-respect which belongs to all its women, and no honest foreigner can deny the kindness and respect they receive from the men. 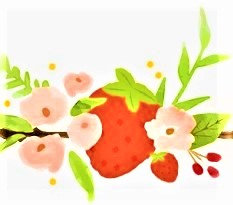