Pleasant Hill, Kentucky, was a Shaker religious community from 1805 through 1910. Shakertown, as it is known by the locals, is about 25 miles southwest of Lexington, in the state's bluegrass region. 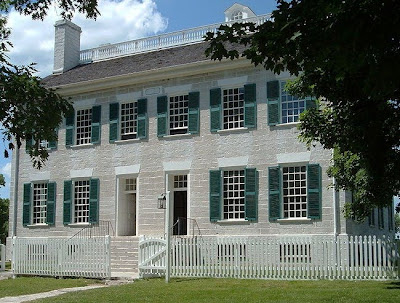 By 1800, Mother Ann Lee's (1736-1784) religious movement had already established 11 Shaker communities in New York state & throughout New England. About this time, the community sent 3 Shaker missionaries across the Cumberland Gap & through Ohio to find converts in the west. Shakers practiced celibacy & their numbers would die out without new converts. 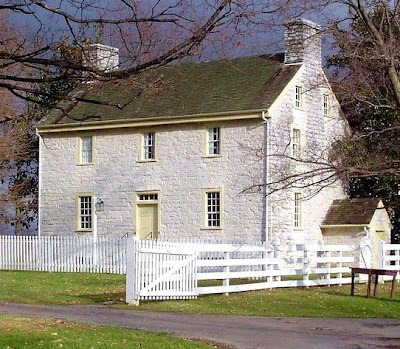 The Pleasant Hill community was begun by 44 converts who signed a covenant of mutual support & common property ownership of the 140 acres on which they were living. It did not take long for the community to expand & the property to grow to 4,369 acres. 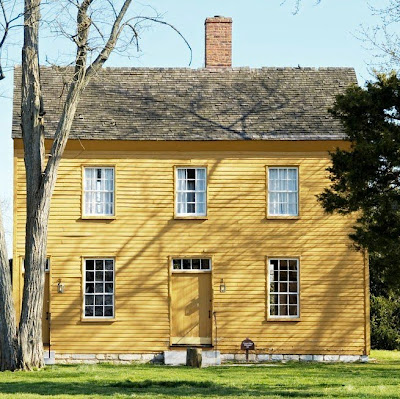 The Shakers chose a peaceful way of life. They were celibate and believed in equality of race & sex and in freedom from prejudice. A quest for simplicity & perfection is reflected in their fine craftsmanship. 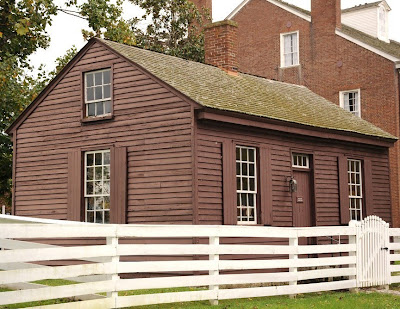 The Shakers were skilled farmers, and over the years they expanded land holdings by acquiring adjacent farms for orchards & fields. The Shakers at Pleasant Hill became known for their excellent livestock & engineering accomplishments. Their location near the Ohio River was ideal for agricultural & economic commerce. 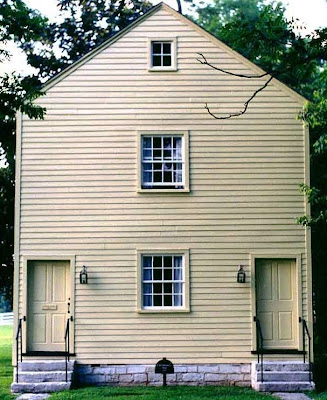 By 1816, they regularly traveled to larger communities to sell their wares: brooms, shoes, preserves, garden seeds, & herbs. The Shakers sold their wares in cities and towns up & down the Ohio & the Mississippi rivers, some at great distances, such as New Orleans. 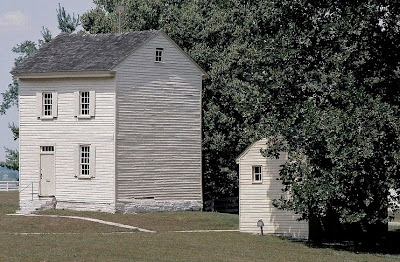 The Shakers, known for their beautifully simple furniture & architecture, also invented many labor-saving processes to serve their large community. In the early 1830s, they constructed a water tower on a high plot of ground. A horse-drawn pump lifted water into the tower, and from there a system of pipes carried it downhill to kitchens, cellars, & wash houses. 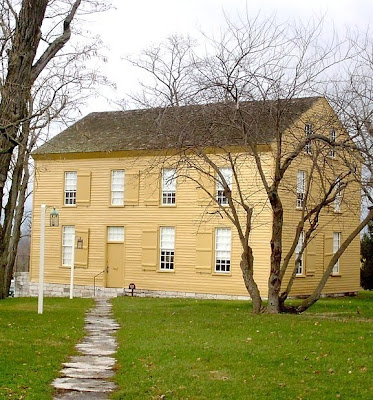 In the wash houses, horse-powered washing machines were built to reduce the enormous chore of laundering the community's clothes & linens. 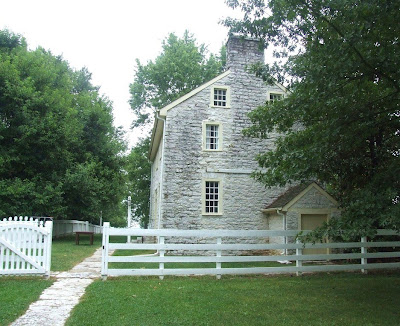 Music was also an important part of Shaker life, with songs, hymns, & anthems written by both men & women. Their dancing or shaking was the origin of the name Shaker. 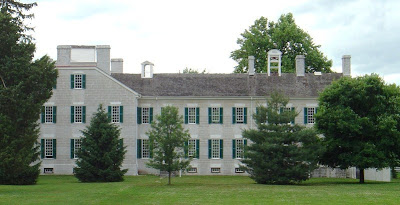 The community began to decline with the advent of the Civil War & controversies over slave ownership. The last resident on the property died in 1923. The 14 original buildings of the religious community were restored in the 1960s, & it is now the largest restored Shaker community in America, a National Historic Landmark visited by thousands of tourists annually.