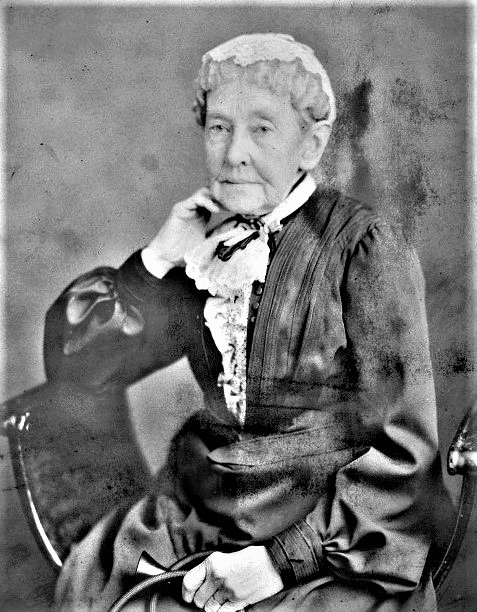 Maria Louisa Tallant Owen was an American botanist who compiled a detailed record of 19th century flora and algae on Nantucket Island in Massachusetts. She was born in 1825, to Nancy Coffin Tallant and Eben Weld Tallant and was from a long line of wealthy New England Lineage including Benjamin Franklin. Maria got her early education at home and then in private schools in Nantucket. She gained her interest in botany early, often educated about plant life by her other female family members.

Much like many of our other female botanists, her early and in-depth education drew her to the field which resulted in her leaving for Boston to teach. Around 1840, she spent quite a few years teaching at the Perkins Institution for the Blind. This is where she met her husband. However, before marrying him, she moved home to teach in her own private school then continued to teach at Nantucket High School. While in Nantucket she spent a lot of time collecting, noting, and researching local flora.

In 1853, she married Dr. Varillas L. Owen. He had gained his education from Harvard Shortly after their marriage, they moved to Springfield, Massachusetts. They moved into a large home on Mulberry Street and Union Street. Her life in Springfield is where her intellectual career took off.
She continued teaching in schools in the area, usually specializing in a variety of science courses and French courses. Varillas and Maria had two children, Walter and Amelia. Walter would grow up to attend MIT and became an architect. He died in 1896.
Owen was instrumental in the founding of 2 botanical societies, the Connecticut Valley Botanical Society and the Springfield Botanical Society. She helped organize the first in 1873, and served as its secretary. The group remained viable for about 25 years, and held its 1st annual meeting in Amherst, Massachusetts on October 1, 1873. The Springfield Botanical Society was established in 1877, and consisted of weekly meetings with members contributing specimens from near and far for their own herbarium. Owen was president of this group for many years and known as its honorary president until she died.
She also founded a Shakespeare society. She spent a lot of time maintaining contact with botanical societies across the US including the Torrey Botanical Club. She also spent a lot of time traveling to Europe to collect plants and send many of them home to her friends or other botanists. It is reported that she said, "I owe half the happiness of my life directly, and most of the other half indirectly, to the study of botany."
Maria is most remembered for her contribution to the botanical field because of her Catalogue of Plants Growing without Cultivation in the County of Nantucket and Catalogue of Plants Growing without Cultivation in the County of Nantucket, Massachusetts which was published in 1888. The first work was a smaller list of what was later published in the second work. This work, mostly based off of her early collections included 787 species and varieties of plants. She regularly consulted with other botanists and scientists to ensure her work was correct (when needed). She also published several small articles and notes on local flora in Springfield during the 50 years she was in the town.
Ten years after her husband's death, in 1907, Maria left her residence in Springfield to return home to Nantucket. She continued to aid in research and botany until her death. In 1912, she died at her daughters home in Plandome, Long Island.
See:
Posted by Barbara Wells Sarudy at 4:00 AM