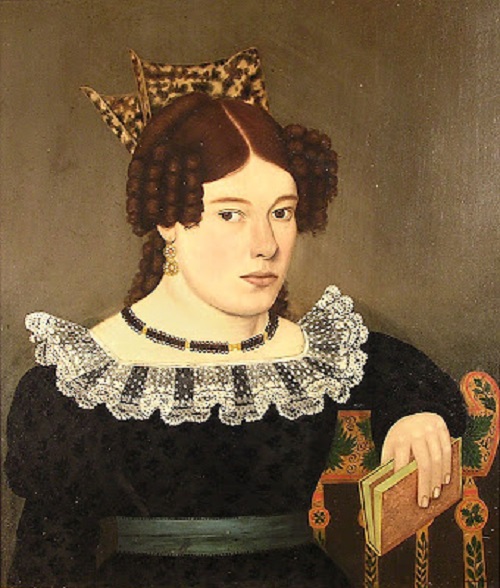 Jonas W. Holman (1805-1873) grew up in Maine. In 1824, he studied theology at Waterville (Colby) College in Maine. He moved to the Boston area by the 1830s, where he was a minister and portrait painter. He continued his education at Harvard Medical College graduating in 1843, adding physician to his list of occupations. Between 1857 & 1860, Holman lived in New York City, where he was listed as a clergyman. He also traveled to Philadelphia and Connecticut.
Posted by Barbara Wells Sarudy at 4:00 AM