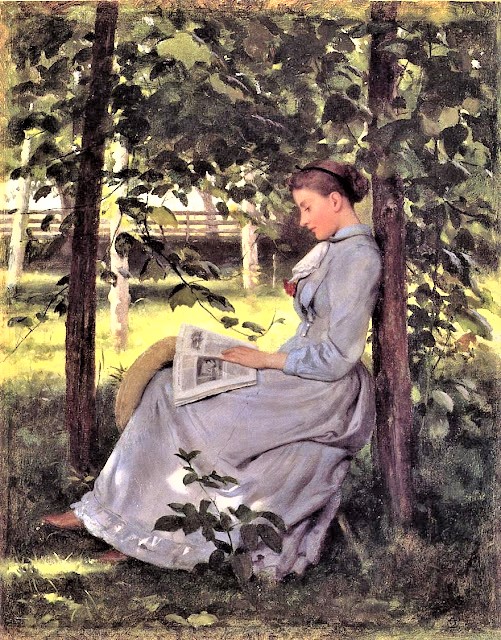 Although born in England, Seymour Joseph Guy became one of America’s most famous genre painters, celebrated for his delicate genre paintings of women & children in domestic environments. Several of his paintings revolved around reading. 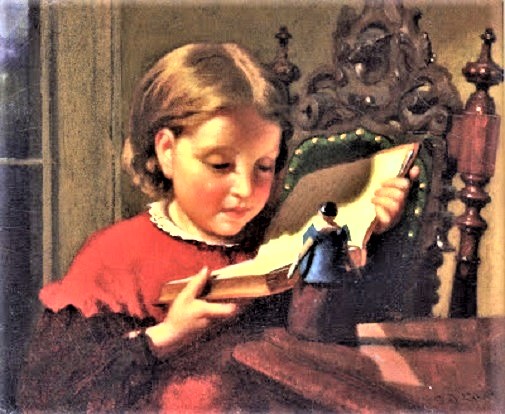 In 1852 he married Anna Maria Barber (c. 1832–1907), daughter of William Barber, an engraver. The couple had 9 children who could serve as models for their father. 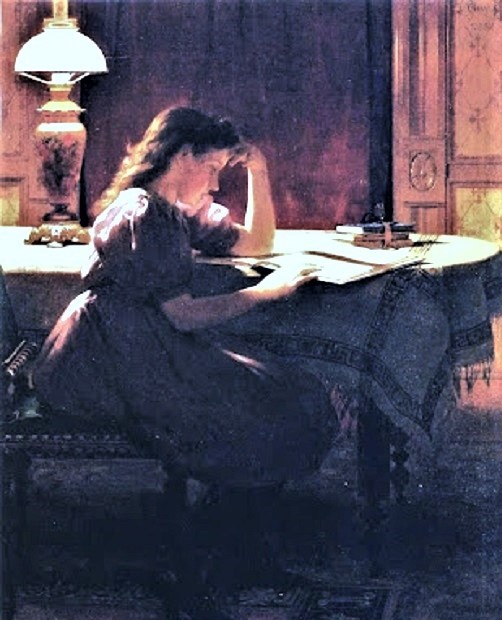 Guy immigrated to America in 1854, and immediately entered the artists’ circles present in New York, mainly forging his path as a portraitist and later, a genre painter. In 1861, he was listed as a founding member of the Brooklyn Art Association and named an associate of the National Academy the next year. 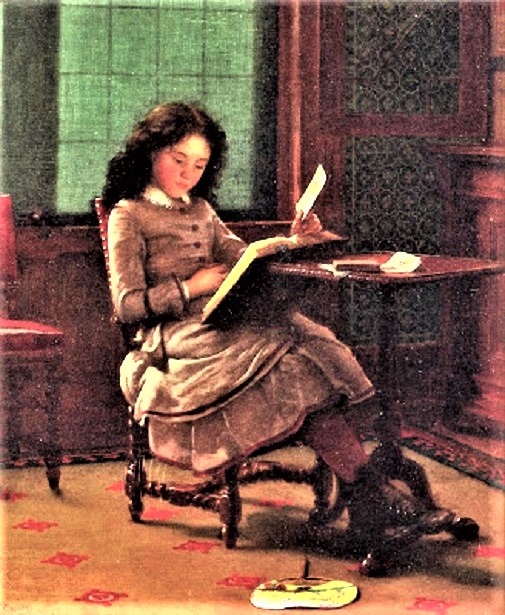