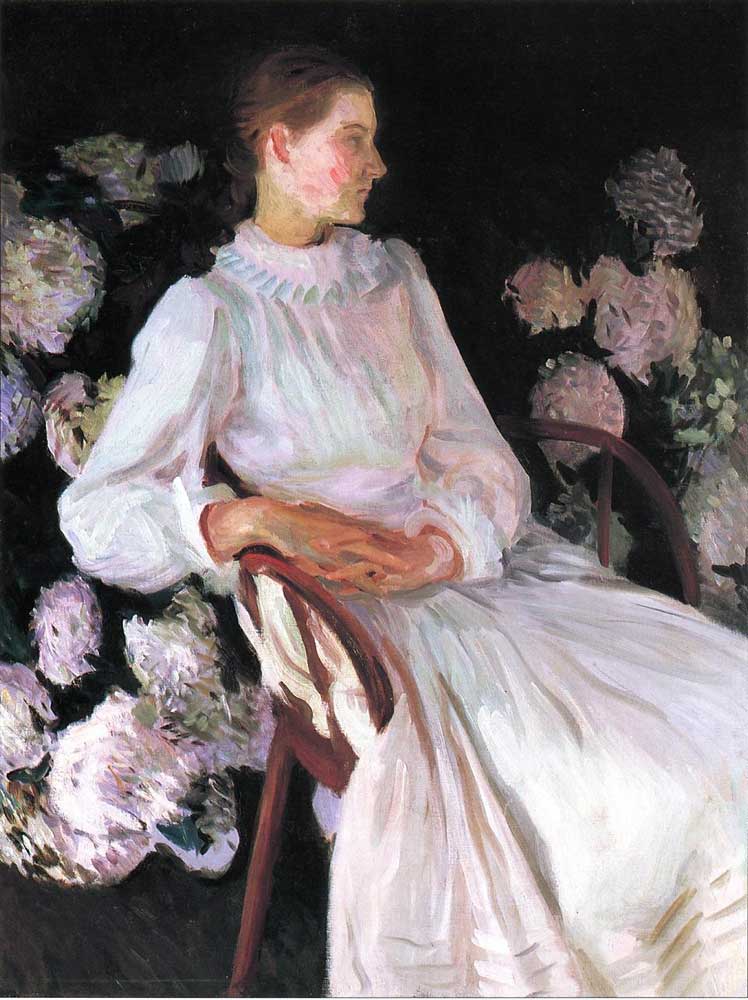 I have long wondered about the thoughtful young woman portrayed in these two John Singer Sargent portraits, both painted in 1890. She certainly does not seem like the typical socialite painted by Sargent. I found her papers at the Yale University Divinity School Library. Their description of her life answers many questions.

Raised as a traditional Episcopalian, Katherine Chase Pratt married Alfred Shapleigh, a graduate of Harvard Medical School; and they served in Tientsin, China under the American Board of Commissioners for Foreign Missions from 1896 to 1897.

Apparently experiencing a transformation in their religious beliefs, the Shapleighs divested themselves of many of the wedding gifts and possessions given to them by their affluent families and returned to the U.S., where Alfred attended Bible schools. They engaged in home mission work until able to return to China under the more conservative China Inland Mission board.

They returned to China as missionaries in 1904, but Alfred and their two children tragically died of smallpox shortly after their arrival.

Katherine Shapleigh decided to remain in China under the CIM for several assignments (1904-1908, 1915-1920, 1926-1927). She served at the training school for future mission workers run by the China Inland Mission in Yangchow and in later years worked with Russian refugees at the Foreign Women's Home in Shanghai.

After her return to the United States, Shapleigh served as Dean of Women at Wheaton College in Illinois. 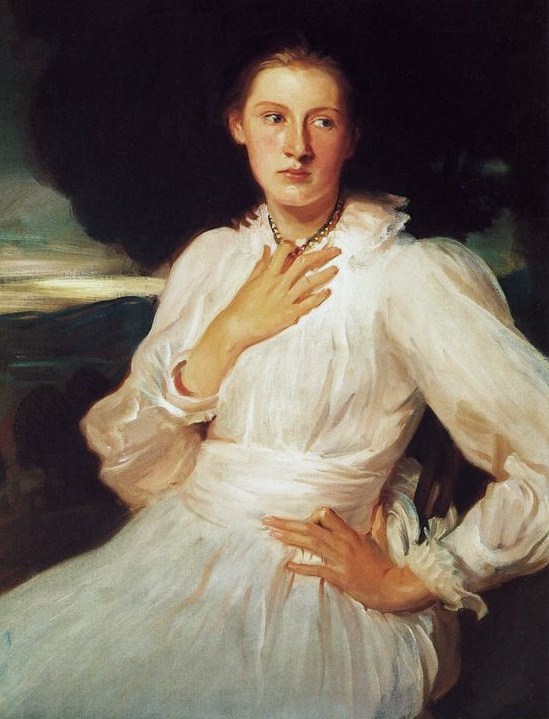 Here is a brief chronology of her fairly tragic life:

1875 Dec 29 Born in Worcester, MA
1890 Portrait painted by John Singer Sargent
1892-3 Attended St. Agnes School, Albany, NY
1895 Met Alfred Shapleigh in Princeton, MA where their families had summer homes
1896 Jun 2 Married Alfred Shapleigh; they had three children: Samuel Brooks (1897-1905), Gordon (1899-1900), Stephen (1903-1905).
1896-7 Served in Tientsin, China under the American Board of Commissioners for Foreign Missions
1897 Family returned to Worcester, MA, where Alfred took over practice of physician who was on leave
1898-9 Moved to Boston, where Alfred was assistant to his father, who was president of the Shapleigh Coffee Co., and engaged in Bible study
1900 Alfred took Bible training courses at Nyack College in New York and Moody Bible Institute in Chicago
1901 Engaged in evangelistic home missionary work in California
1901-02 Returned to Boston; worked with Salvation Army
1902-03 Home missionary work in Colorado and California
1904 Returned to China under China Inland Mission;
1905 Alfred and two surviving sons died of smallpox shortly after the family's arrival in China. Alfred and the sons had not been vaccinated against smallpox, so did not survive the disease; Katherine suffered a mild case of smallpox but recovered.
1905-08 Katherine remained in China, engaging in language study and serving at missionary training school in Yangchow
1908 KS returned to U.S. where she cared for her father and spoke in churches
1915-16 In Yangchow, followed by return to U.S.
1918-20 Working with women Russian refugees at Foreign Women's Home, Shanghai, followed by return to U.S.
1926-27 Working at Foreign Women's Home, Shanghai, China.
1934 Appointed Dean of Women at Wheaton College, Wheaton, IL
1935 Received B.A.
1937 Following a severe heart attack, KS retired from Wheaton position and moved to North Carolina
1942 Died in NC