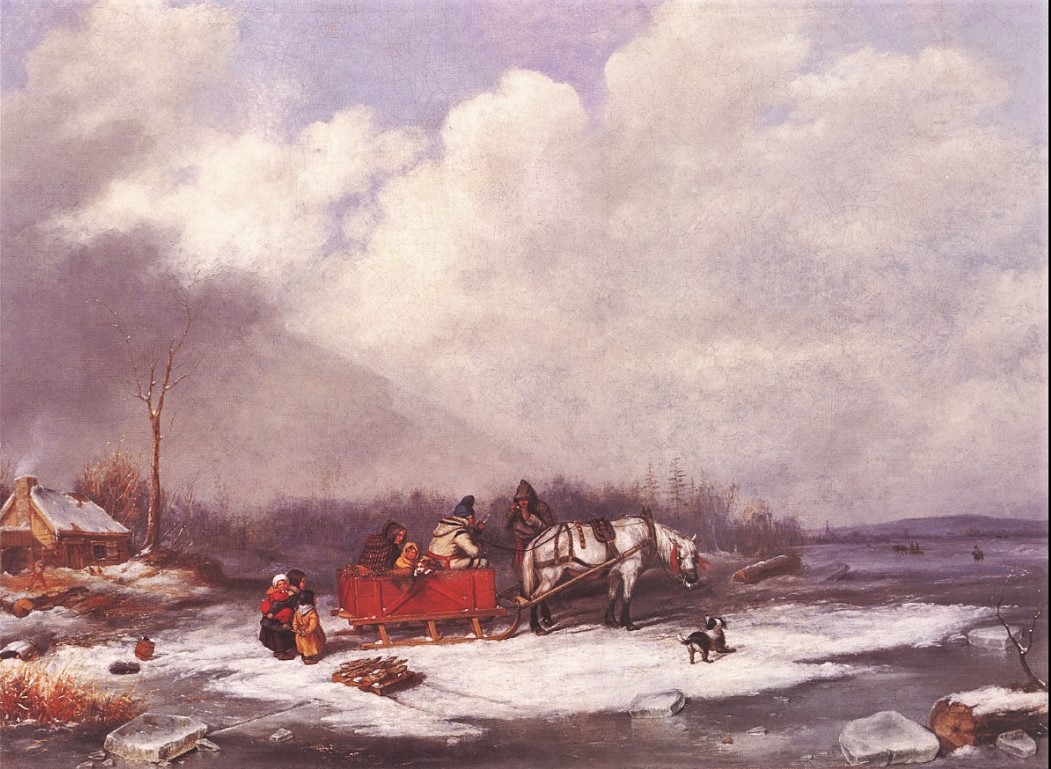 Cornelius Krieghoff 1815-1872 was born in Amsterdam, spent his formative years in Bavaria, & studied in Rotterdam & Dusseldorf. He traveled to the United States in the 1830s, where he served in the Army for a few years. He married a young woman from Quebec & moved to the Montreal area, where he painted genre paintings of the people & countryside of Canada. According to Charles C. Hill, Curator of Canadian Art at the National Gallery, "Krieghoff was the first Canadian artist to interpret in oils... the splendour of our waterfalls, & the hardships & daily life of people living on the edge of new frontiers" Krieghoff moved to Quebec from 1854-1863, before he came to Chicago to live with his daughter.
Posted by Barbara Wells Sarudy at 4:00 AM