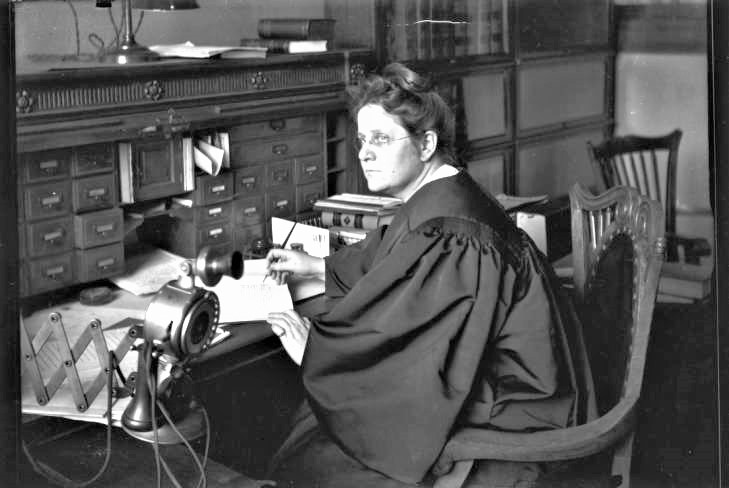 Between 1906 and 1909, Allen utilized her musical training as a music critic for the Cleveland Plain Dealer. At the same time, she pursued a graduate degree in political science and constitutional law at Western Reserve. She received her master's degree in 1908, and in the following year, she moved to New York City to work for the New York League for the Protection of Immigrants. She also earned a law degree from the New York University School of Law in 1913.

Back in Cleveland, Allen joined the Ohio bar and established her own law practice because she couldn’t find a law firm to hire her, despite her education and experience. In 1920, with women voting for the first time because of passage of the Nineteenth Amendment to the United States Constitution, Allen was elected judge of the Cuyahoga County Court of Common Pleas. In 1922, Allen won a seat on the Ohio Supreme Court. She was the first woman to serve on a supreme court in any state.

In 1934, President Franklin D. Roosevelt appointed her to the Sixth Circuit of the United States Court of Appeals. Once again, Allen was the first woman judge in a federal court. She eventually became chief judge of the court, serving until her retirement in 1959.

Throughout her life, Allen challenged traditional assumptions about women's roles and acted as a role model for women who wanted to pursue legal careers. Her contributions to numerous women's organizations and improvements in women's status throughout the 20C have been recognized through dozens of honorary degrees and induction into the Ohio Women's Hall of Fame.
Posted by Barbara Wells Sarudy at 4:00 AM