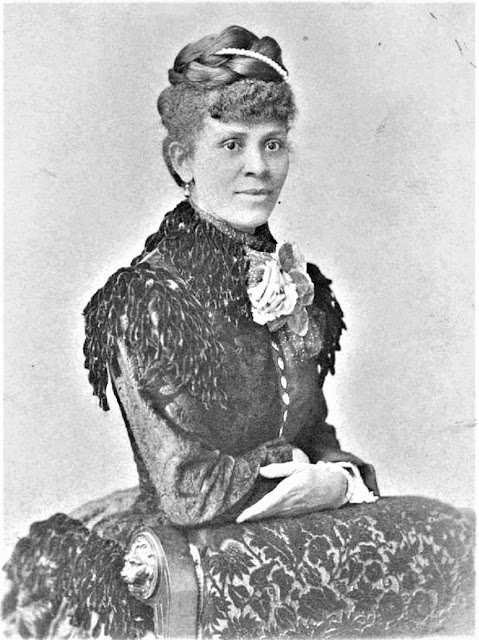 Hallie Quinn Brown was born on March 10, 1850 in Pittsburgh, Pennsylvania, the daughter of former slaves. Her family migrated to Canada and to the United States in 1870, settling in Wilberforce, Ohio.  Brown attended Wilberforce College and received a degree in 1873.  Brown taught at Allen University served as Dean of the University.  Brown also served as Dean of Women at Tuskegee Institute before returning to Ohio where she taught in the Dayton public schools.

Brown had since childhood held an interest in public speaking  In 1895 Hallie Q. Brown addressed an audience at the Women’s Christian Temperance Union Conference in London.  In 1899, while serving as one of the United States representatives, she spoke before the International Congress of Women meeting in London, UK.  Brown also spoke before Queen Victoria.

Brown was involved in the women’s suffrage campaign which led her to help organize the Colored Women’s League in Washington, D.C., one of the organizations that allied in 1896 to become the National Association of Colored Women (NACW).   During her last year as president of the NACW, she spoke at the Republican National Convention in Cleveland.

Hallie Q. Brown published several significant books. In 1926, her book Homespun Heroines and Other Women of Distinction was published.  It documented the biographies of leading African American women of the era.  Hallie Quinn Brown died in Wilberforce, Ohio in 1949.
Posted by Barbara Wells Sarudy at 4:00 AM