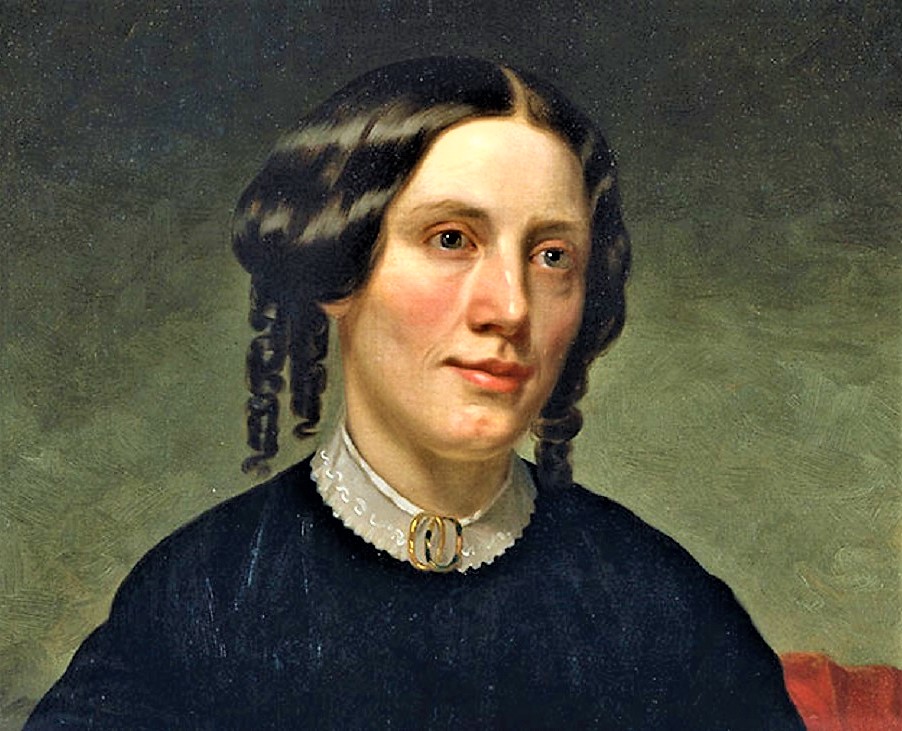 Harriet Beecher Stowe's novel Uncle Tom's Cabin; or, Life Among the Lowly was the most popular American book of the 19th century. First published serially in the National Era magazine (1851- 1852), it was an immediate success. Forty different publishers printed it in England alone, and it was quickly translated into 20 languages, receiving the praise of such authors as Georges Sand in France, Heinrich Heine in Germany, and Ivan Turgenev in Russia. Its passionate appeal for an end to slavery in the United States inflamed the debate that, within a decade, led to the U.S. Civil War (1861-1865).

Reasons for the success of Uncle Tom's Cabin are obvious. It reflected the idea that slavery in the United States, the nation that purportedly embodied democracy and equality for all, was an injustice of colossal proportions. Stowe herself was a perfect representative of old New England Puritan stock. Her father, brother, and husband all were well- known, learned Protestant clergymen and reformers. Stowe conceived the idea of the novel -- in a vision of an old, ragged slave being beaten -- as she participated in a church service. Later, she said that the novel was inspired and "written by God." Her motive was the religious passion to reform life by making it more godly. The Romantic period had ushered in an era of feeling: The virtues of family and love reigned supreme.

Stowe's novel attacked slavery precisely because it violated domestic values.
Uncle Tom, the slave and central character, is a true Christian martyr who labors to convert his kind master, St. Clare, prays for St. Clare's soul as he dies, and is killed defending slave women. Slavery is depicted as evil not for political or philosophical reasons but mainly because it divides families, destroys normal parental love, and is inherently un-Christian. The most touching scenes show an agonized slave mother unable to help her screaming child and a father sold away from his family. These were crimes against the sanctity of domestic love.
Stowe's novel was not originally intended as an attack on the South; in fact, Stowe had visited the South, liked southerners, and portrayed them kindly. Southern slave owners are good masters and treat Tom well. St. Clare personally abhors slavery and intends to free all of his slaves. The evil master Simon Legree, on the other hand, is a northerner and the villain. Ironically, the novel was meant to reconcile the North and South, which were drifting toward the Civil War a decade away. Ultimately, though, the book was used by abolitionists and others as a polemic against the South.

Harriet Beecher Stowe tells of Mary and her intended preacher husband and an 1859 New England tradition for brides-to-be...

The quilting was in those days considered the most solemn and important recognition of a betrothal. And for the benefit of those not to the manner born, a little preliminary instruction may be necessary.

The good wives of New England, impressed with that thrifty orthodoxy of economy which forbids to waste the merest trifle, had a habit of saving every scrap clipped out in the fashioning of household garments, and these they cut into fanciful patterns and constructed of them rainbow shapes and quaint traceries, the arrangement of which became one of their few fine arts. Many a maiden, as she sorted and arranged fluttering bits of green, yellow, red, and blue, felt rising in her breast a passion for somewhat vague and unknown, which came out at length in a new pattern of patchwork. Collections of these tiny fragments were always ready to fill an hour when there was nothing else to do; and as the maiden chattered with her beau, her busy flying needle stitched together those pretty bits, which, little in themselves, were destined, by gradual unions and accretions, to bring about at last substantial beauty, warmth, and comfort,—emblems thus of that household life which is to be brought to stability and beauty by reverent economy in husbanding and tact in arranging the little useful and agreeable morsels of daily existence.

When a wedding was forthcoming, there was a solemn review of the stores of beauty and utility thus provided, and the patchwork-spread best worthy of such distinction was chosen for the quilting. Thereto, duly summoned, trooped all intimate female friends of the bride, old and young; and the quilt being spread on a frame, and wadded with cotton, each vied with the others in the delicacy of the quilting she could put upon it. For the quilting also was a fine art, and had its delicacies and nice points, — which grave elderly matrons discussed with judicious care. The quilting generally began at an early hour in the afternoon, and ended at dark with a great supper and general jubilee, at which that ignorant and incapable sex which could not quilt was allowed to appear and put in claims for consideration of another nature...

By two o'clock a goodly company began to assemble... Good Mrs. Jones, broad, expansive, and solid, having vegetated tranquilly on in the cabbage-garden of the virtues since three years ago, when she graced our teaparty, was now as well preserved as ever, and brought some fresh butter, a tin pail of cream, and a loaf of cake made after a new Philadelphia receipt.

The quilt-pattern was gloriously drawn in oakleaves, done in indigo; and soon all the company, young and old, were passing busy fingers over it and conversation went on briskly.

At the quilting, Madame de Frontignac would have her seat, and soon won the respect of the party by the dexterity with which she used her needle; though, when it was whispered that she learned to quilt among the nuns, some of the elderly ladies exhibited a slight uneasiness, as being rather doubtful whether they might not be encouraging Papistical opinions by allowing her an equal share in the work of getting up their minister's bed-quilt...

This speech was founded on a tradition, current in those times, that no young lady was fit to be married til she could construct a boiled Indian pudding of such consistency that it could be thrown up chimney and come down on the ground, outside, without breaking...

"Girls a'n't what they used to be in my day," remarked an elderly lady. "I remember my mother told me when she was thirteen she could knit a long cotton stocking in a day."

"I haven't much faith in these stories of old times, — have you, girls?" said Cerinthy, appealing to the younger members at the frame.

"At any rate," said Mrs. Twitchel, "our minister's wife will be a pattern; I don't know anybody that goes beyond her either in spinning or fine stitching."

Mary sat as placid and disengaged as the new moon, and listened to the chatter of old and young with the easy quietness of a young heart that has early outlived life, and looks on everything in the world from some gentle, restful eminence far on towards a better home. She smiled at everybody's word, had a quick eye for everybody's wants, and was ready with thimble, scissors, or thread, whenever any one needed them...

The husbands, brothers, and lovers had come in, and the scene was redolent of gayety. When Mary made her appearance, there was a moment's pause, till she was conducted to the side of the Doctor; when, raising his hand, he invoked a grace upon the loaded board.

Unrestrained gayeties followed. Groups of young men and maidens chatted together, and all the gallantries of the times were enacted. Serious matrons commented on the cake, and told each other high and particular secrets in the culinary art, which they drew from remote family-archives. One might have learned in that instructive assembly how best to keep moths out of blankets,— how to make fritters of Indian corn undistinguishable from oysters, — how to bring up babies by hand, — how to mend a cracked teapot, — how to take out grease from a brocade, — how to reconcile absolute decrees with free will, how to make five yards of cloth answer the purpose of six,— and how to put down the Democratic party. All were busy, earnest, and certain,—just as a swarm of men and women, old and young, are in 1859.

Vain, transitory splendors! Even this evening, so glorious, so heart-cheering, so fruitful in instruction and amusement, could not last forever. Gradually the company broke up; the matrons mounted soberly on horseback behind their spouses....
Posted by Barbara Wells Sarudy at 4:00 AM