Women following their husbands in the Civil War 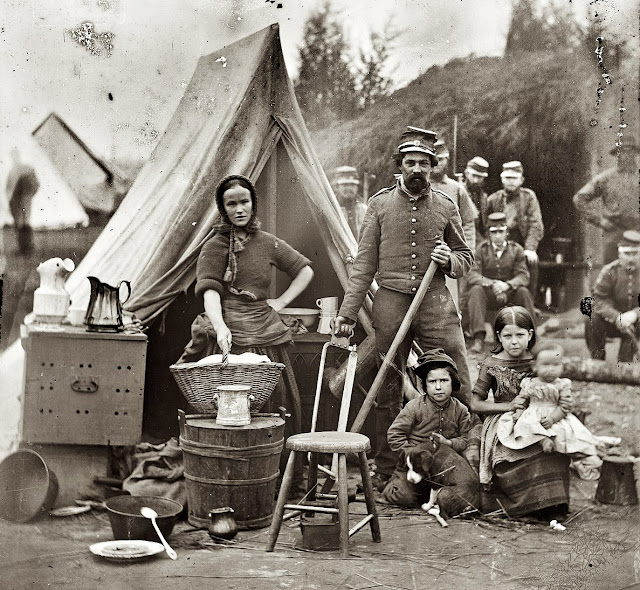 Library of Congress annotation: Princess Agnes Salm-Salm, wife of Prince Felix of Prussia, who served with the Union Army, observed in January 1862 that the winter camp of the Army of the Potomac was "teeming with women." Some wives insisted on staying with their husbands, which may have been the case with this woman, judging by her housewifely pose alongside a soldier, three young children, and a puppy. In addition to taking care of her own family, she may have worked as a camp laundress or nurse. Some women who lacked the marital voucher of respectability were presumed to be prostitutes and were periodically ordered out of camp. Only gradually during the four years of the war, and in the face of unspeakable suffering, were women grudgingly accepted by military officials and the general public in the new public role of nurse.