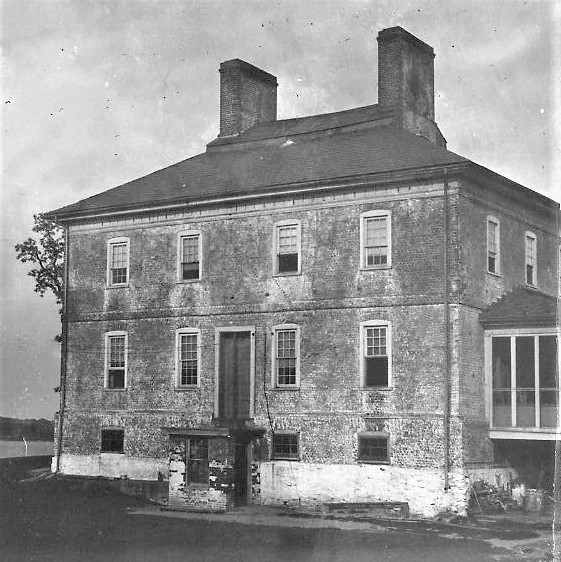 The William Brown House, also known as London Town Publik House or Londontowne Public House, is a former Colonial tavern located in the Historic London Town and Gardens museum complex in Woodland Beach, Anne Arundel County, Maryland. The house was built by William Brown between 1758 &1764. It was located on the main road connecting Williamsburg, Virginia and Philadelphia, Pennsylvania. The South River was crossed at that point by a ferry, which was also owned by Brown. The house was acquired by the county for use as a poorhouse in 1828.
From 1823 until 1965, the tavern in London Town, Maryland that William Brown constructed in the 1760s served as Anne Arundel County’s Almshouse. The purpose of the Almshouse was to give shelter and work to the county’s poor. The funds to run the Almshouse came from taxes that were levied on the citizens of the county. This was a common method of attempting to take care of people who were poor or had mental illness. People who had nothing – no money, no home, and no one to support them – could petition the county to live in the Almshouse. 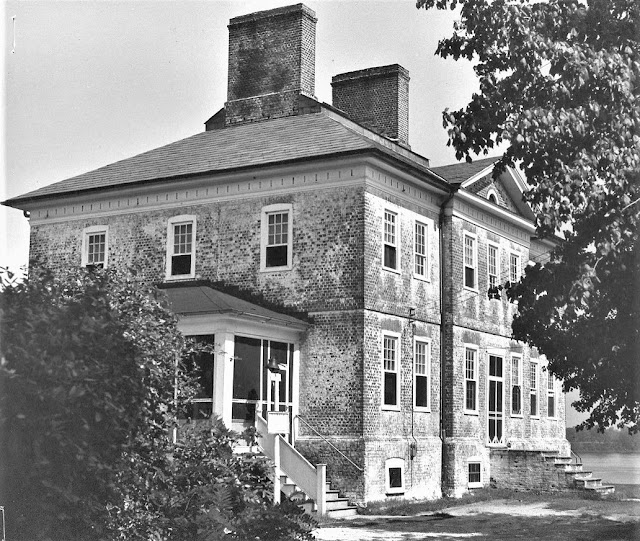 Scott Street View of William Brown House in London Town, MD. Taken by Marion E. Warren in 1955.  Maryland State Archives (MSA SC 1890-02-1973).
In the 19C the conditions that these residents endured were abysmal. Sanitation was lacking and supplies were limited. African American inhabitants were segregated from white residents and forced to live in a structure little better than a shack. Clothing was ragged, healthcare was limited, and food scarce. In 1906, a law limited the time children could be housed at the Almshouse to 90 days. In the 20C, the almshouse became an institution that primarily housed the impoverished elderly population of Anne Arundel County. 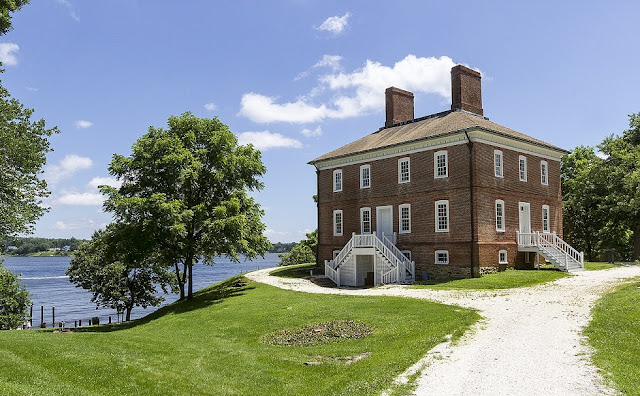 The William Brown House in 2013. Some of the beautiful, original buildings used as almshouses are being restored.

Brief History of Almshouses
America's almshouse traditions were founded long before Maryland became one of the British American colonies in the 17C. The history of British almshouses stretches back to medieval times, when religious orders cared for the poor.  Originally called hospitals or bede houses, reflecting both hospitality & shelter.  The oldest English almshouse foundation still in existence is thought to be the Hospital of St Oswald in Worcester founded circa 990.  It is reported that the then Bishop of Worcester (St Oswald) created this sanctuary where the brothers could “minister to the sick, bury the dead, relieve the poor & give shelter to travellers who arrived after the city gates had closed at night.” By the middle of 1500s, there were about 800 medieval hospitals spread across England but the dissolution of the monasteries meant that many were either sold off to landowners or left to ruin.   During the late 16C that the medieval craft guilds founded many hospitals to provide care for the “elderly decayed” members in their declining years.  Benefactors came from all walks of life; Kings & Queens, Archbishops & clergy, the aristocracy, merchants & liverymen.
In Maryland, Almshouses, residences for the care and housing of people in need, once served as the primary institutions for the housing and care of the poor and homeless. The blind, lame, chronically ill, epileptic, developmentally disabled, and mentally ill also often shared the same quarters. In addition to the resident population, the almshouse offered aid to the transient poor by providing a meal and temporary shelter.

Almshouses first appeared in Colonial British America during the 1660s. Maryland founded its initial almshouses in the 1760s, with most counties setting up their own during the nineteenth century. Though the demographics of the inhabitants changed over time, these institutions persisted until the 1960s when government assistance programs made them obsolete.

Pre-Almshouse Poor Relief
During the Colonial British period, poor relief in Maryland was coordinated on the individual county or local level. The Levy Court of each county supervised the payments for the care of the poor, the dependent, and the mentally ill. Persons without family or relatives to provide care were boarded with community members. In certain cases, a direct payment allowed the poor to remain within their own homes.

Founding of Almshouses
With a growing population, the need for assistance and the financial burden on the counties increased accordingly. In 1766 about 40 percent of Worcester County's expenditures went for housing the poor in private homes. Almost one-seventh of the families in Anne Arundel County received aid by the late 1760s. In 1765, a bill was proposed in the General Assembly to found institutions for the poor and "houses of correction" for the confinement of "vagabonds." Legislation finally passed in 1768 to establish the first almshouses in Anne Arundel, Prince George's, Worcester, Frederick, and Charles Counties. 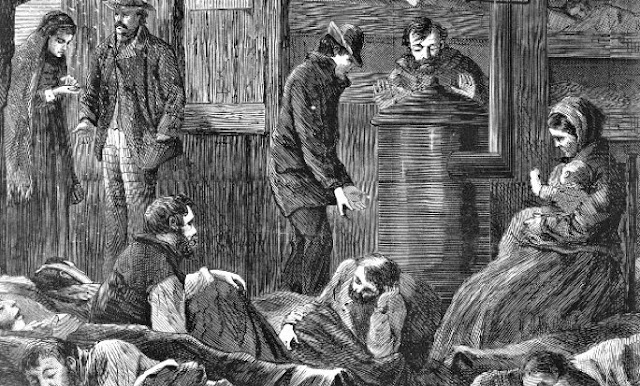 Besides being places to aid the poor, almshouses served as a mechanism for social control by removing what the public considered undesirable persons from the greater community. The 1768 law gave unconditional power to the county's Trustees of the Poor "for setting the poor to work, and punishing vagrants, beggars, vagabonds and other offenders." Inspired by a 1697 English law, the act stipulated that all almshouse residents must wear the letter "P" (for poor or "poorhouse") on their clothing under the penalty of whipping. Authorities in Maryland (as elsewhere in America) sometimes arrested and placed homeless or unruly people they considered a "public nuisance" in their almshouses.

Almshouse Settings
Almshouses were often located on the outskirts of a town or a rural part of a county on farmland of considerable acreage. The farm employed and provided food for the almshouse inhabitants (called "inmates"). Some almshouses featured a workhouse, where certain residents might weave cloth, sew clothing, or perform other labor to help pay for their upkeep. During the late 1830s, several Eastern Shore almshouses planted stands of mulberry trees, as habitat for silk worms, so that the almshouse farm and its residents might defray the cost of administration by harvesting raw silk. The Maryland climate ultimately proved hostile to the enterprise, and it was abandoned.

The county Trustees of the Poor or a grand jury empowered by the county circuit court periodically examined the conditions of the almshouse. The 1874 founding of the Maryland State Board of Health led to the first regular state inspections. Officials during the 1890s found that almshouse conditions varied in the different counties. Generally speaking, more modest accommodations were found in the less wealthy counties. Yet, fancy brick facades often hid the same troubling circumstances inside.

Lax administration characterized the sparsely furnished settings of most almshouses. Superintendents, often local farmers appointed through political influence, sometimes changed yearly. Inspections speak of the "almshouse diet," a subsistence diet of hominy or oatmeal as the daily fare for residents. A local doctor would call on an "as needed" basis only, with few medicines kept on the premises in case of sickness. Though most institutions in Maryland practiced racial segregation at this time, certain county almshouses did not bother because two separate buildings created an additional expense.

Reform movements in the late 19C and early 20C centuries helped to improve conditions and remove certain individuals from the almshouse setting. Children were transferred to orphanages. A protracted campaign of some 30 years by the Maryland State Lunacy Commission prompted the state legislature to pass a law in 1910 to move the mentally ill into hospitals. Yet this left the developmentally disabled and epileptic individuals to languish in the almshouses.