The Grandmother I Never Met

William McGregor Paxton (1869-1941) In the Sunlight, Portrait of the Artist's Wife

This painting always reminds me of the grandmother I never met. Her name was Jennie, and she died just after giving birth to my Aunt. My father always told me how beautiful she was; what a great gardener & cook she was; and how she had every hymn in the Methodist hymnal memorized. They lived next door to the church. She played the piano everyday for family & friends after supper. Everyone would sing those hymns & lots of popular tunes as well. It was a house full of music & joy. His world collapsed when she died; but when he met my mother, he found his joy again. He maintained that delight for 64 years of marriage. 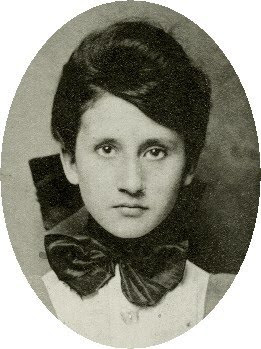 Although I never met her, I did spend hours on the porch that wrapped around the front & side of their house. Whenever someone inside would sit down at their piano & begin to play, I would think of those stories of my Grandmother Jennie. It was the same piano she had played. 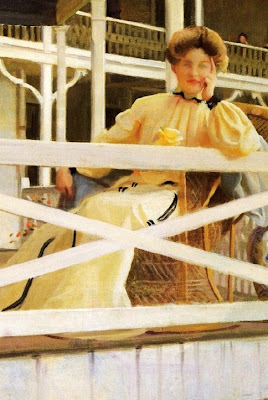