Immigrant artist John Lewis Krimmel was one of the first painters to record early 4th of July celebrations. He was born in Ebingen, Wurtemberg, Germany, in 1787, and accidently drowned near German-town, Pennsylvania, in July of 1821. He came to Philadelphia in 1809, to engage in business with his brother but soon abandoned the business to concentrate on his art.

He began his art career painting portraits, but a copy of Wilkie's "Blind Fiddler" caught his attention; & he turned to humorous subjects and genre painting. Krimmel gathered information for his paintings in the American countryside around Philadelphia by observing local habits, rituals, & ceremonies, so even though he took most of his compositional formats from British prints made after paintings by the satirical artists William Hogarth & David Wilkie, his subject matter was familiar to his potential audience at the Pennsylvania Academy. He also painted more serious historical pictures, & at the time of his death he had received a commission to paint a large canvas on the landing of William Penn. Krimmel was president of the Society of American artists. 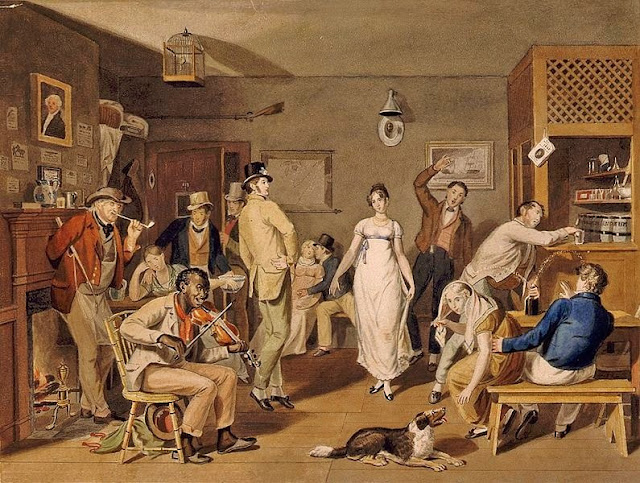 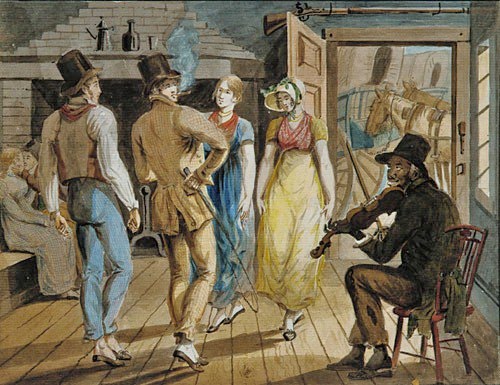 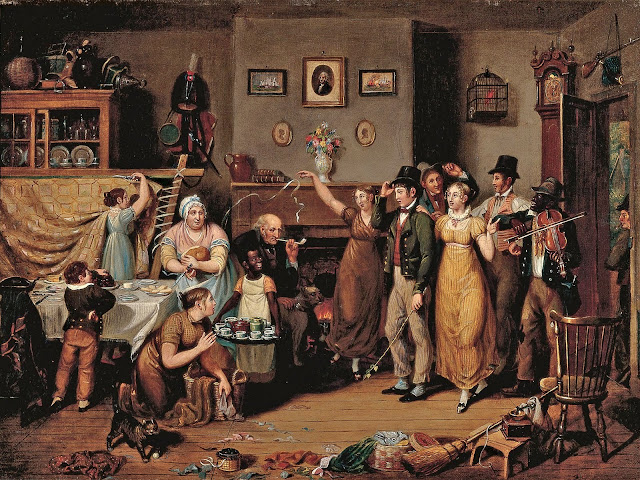