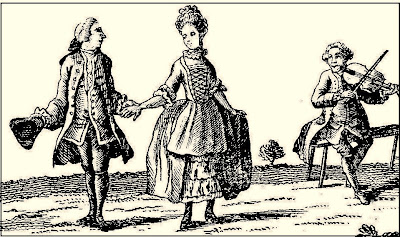 Dance in the Morning 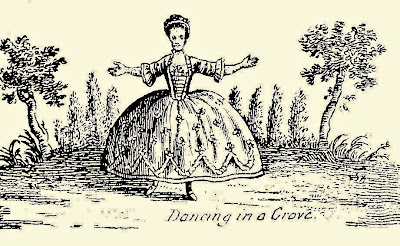 Dancing in a Grove in the 18th-century

Sidney Carter (1915–2004) wrote these words in 1963 Britain, to a 19th-century Shaker melody, "Simple Gifts" by Joseph Brackett. The tune was written by American Joseph Brackett (1797–1882) who first joined the Shakers at Gorham, Maine, when his father's farm helped to form the nucleus of a new Shaker settlement. The song was largely unknown outside of American Shaker communities; until it became world famous thanks to its use in Aaron Copland's score for Martha Graham's ballet "Appalachian Spring," 1st performed in 1944. Copland used "Simple Gifts" a second time in 1950, in his first set of "Old American Songs" for voice & piano, which was later orchestrated. 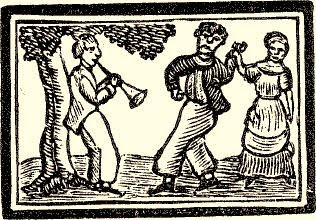 Dancing in the 19th-century 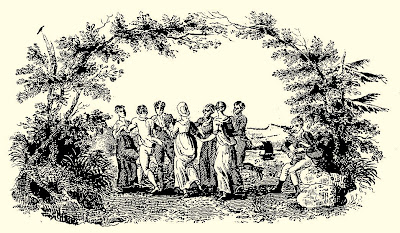 19th-Century Dance
.
Posted by Barbara Wells Sarudy at 4:00 AM