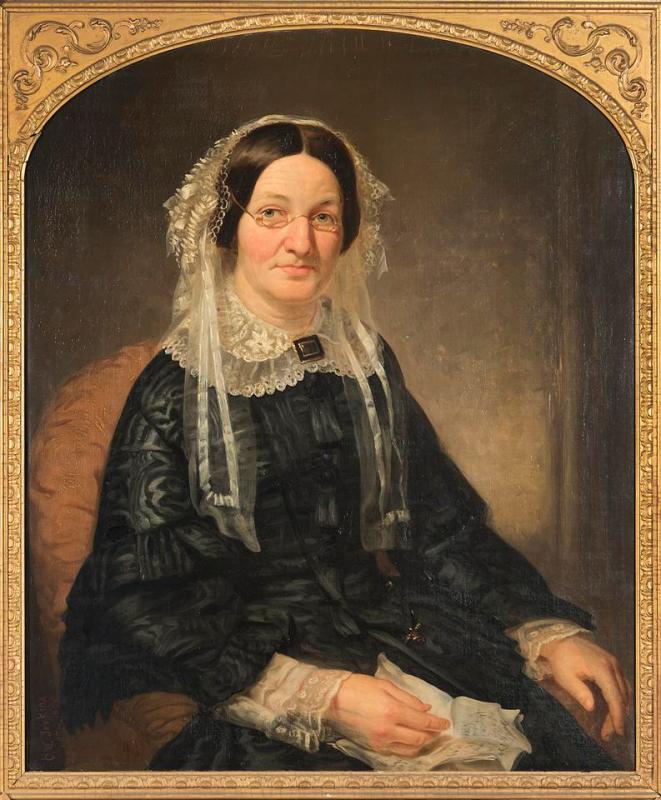 Charles Waldo Jenkins (American artist, 1821–1896)  Anna R. Taylor 1856.
Charles Waldo Jenkins (American artist, 1821–1896)
From the New York Times, November 17, 1896
Charles W Jenkins, at one time a well-known portrait painter, died suddenly yesterday at his residence, at 543 E 143rd St. He was 75 years old and was born in the village of Owaseo, Cayuga County, NY, and began the study of art at age 14.
In 1848, he came to this city and followed the profession of painter, and was associated with Huntington, Daniel B. Johnson, and other artists.
He was also an accomplished musician, and was at one time a member of Dodworth's Band and also vice president of the New York Skating Club. His best works were portraits of the Faculty of Princeton College. For many years he contributed to the exhibitions of the Academy of Design. Death was caused by severe cold, contracted several days ago. He was not married. 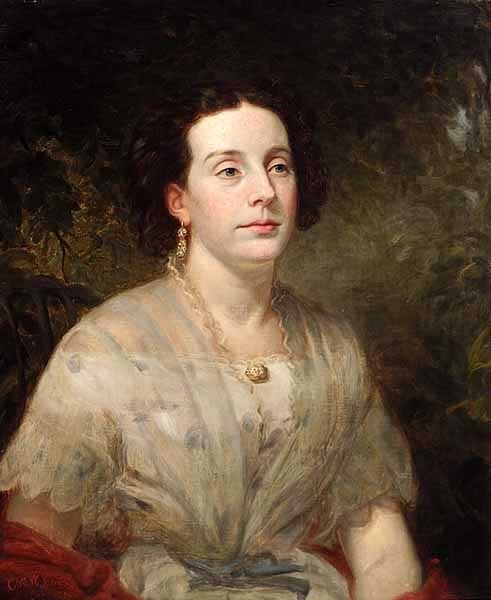