.
On this day in history, January 16, 1786, future President James Monroe married a 17-year-old New York beauty named Elizabeth Kortright (1768-1830). She first caught Monroe's attention in 1785, while he was in New York serving as a member of the Continental Congress. 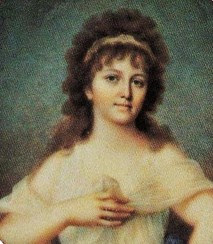 Detail of a Miniature

The 6 ' tall, 26-year-old Monroe, already a famous revolutionary & a practicing lawyer, married not for money, but for love. Elizabeth's father, once a wealthy privateer, had lost most of his fortune during the Revolutionary War. She was the daughter of Lawrence Kortright, an officer in the British army who had made his fortune privateering during the French & Indian War, & his wife Hannah Aspinwall. 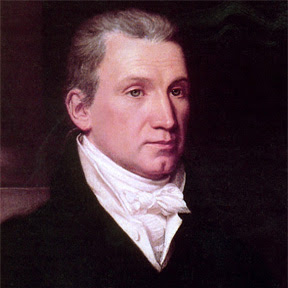 After a brief honeymoon out on Long Island, the newlyweds rode back to New York City to live with her father, until the Continental Congress adjourned. The Monroes returned to Virginia, where he had graduated from the College of William & Mary, & promptly started a family.

Elizabeth & the girls followed Monroe to Paris, when President George Washington appointed him ambassador to France in 1794. There, he & Elizabeth became enthusiastic Francophiles. Elizabeth, with her sophisticated social graces, adapted easily to European society. The French aristocracy referred to her as "la belle americaine."

The violent fallout of the French Revolution marred the Monroes' sojourn in France. Members of the aristocracy whom the Monroes befriended were increasingly falling prey to the rebels' guillotine. In 1795, Elizabeth succeeded in obtaining the prison release of the wife of the Marquis de Lafayette, the dashing Frenchman who had served on Washington's staff during the American Revolution. 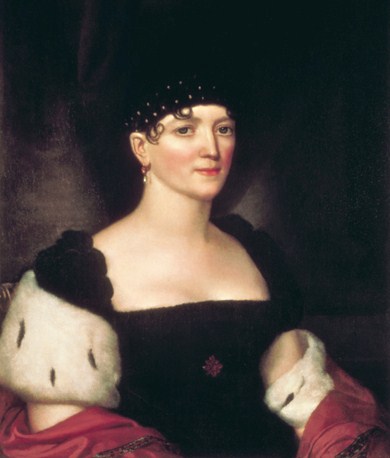 When Monroe's term as ambassador ended in 1796, he brought his family back to America & settled on the Oak Hill plantation in Virginia. For the next 15 years, he shuttled his family between stints in Virginia political office & the occasional foreign appointment. In 1811, Monroe accepted President James Madison's offer to serve as U.S. secretary of state. Six years later, Monroe himself was elected president from 1817-1825.

During their 1st year in Washington, the Monroes lived in temporary lodgings until the White House, which had been destroyed by the British during the War of 1812, was repaired. As first lady, Elizabeth, usually very social, deferred to her husband's wishes to minimize White House social events. He & Elizabeth both deplored the opulent displays of the previous first lady, Dolley Madison, preferring more private, stately affairs modeled after European society. The White House social life was also curtailed by Elizabeth's declining health. Washingtonians, worrying about being seen with the powerful even back then, mistook the lack of White House social events for snobbery. 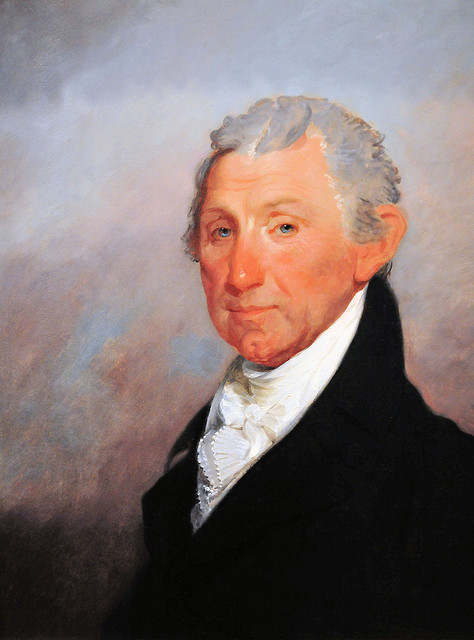 Just after he assumed off, in June 1817, President Monroe embarked on a "Goodwill Tour" of the United States. Paying expenses out of his own pocket, the new president was greeted by cheering crowds & treated to celebratory picnics, dinners, & receptions in every city he visited. After touring New York, Philadelphia, & Baltimore, Monroe stopped in Boston, where a newspaper hailed his visit as the beginning of an “ERA OF GOOD FEELINGS.” Despite this phrase, while in the White House, the Monroes endured the depression called the  Panic of 1819 & a fierce national debate over the admission of the Missouri Territory. Monroe is most noted for his proclamation of the Monroe Doctrine in 1823, which stated that the United States would not tolerate further European intervention in the Americas. 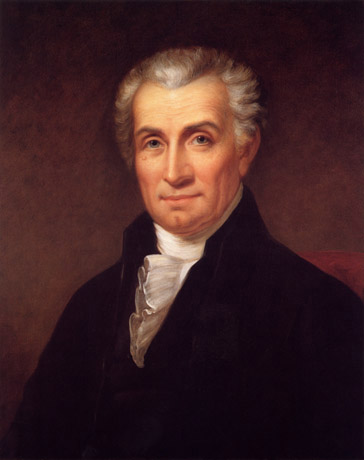 To add to James Monroe's woes, his beloved Elizabeth died in 1830, at the age of 62. According to the family, Monroe burned 40 years' worth of their intimate correspondence. Upon Elizabeth's death in 1830, Monroe moved to New York City, to live with his daughter Maria Hester Monroe Gouverneur who had married Samuel L. Gouverneur in the White House.
.
Posted by Barbara Wells Sarudy at 4:00 AM