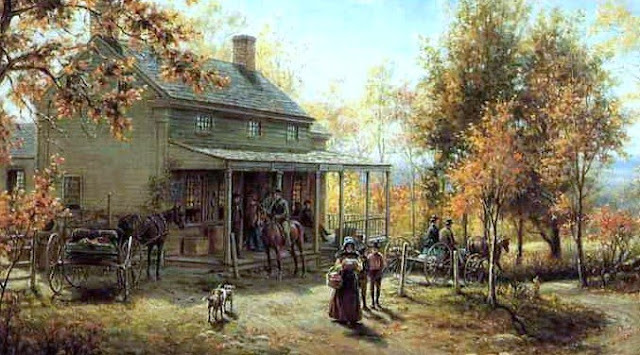 Edward Lamson Henry (1841–1919) was an American genre painter born in Charleston, South Carolina who came to live in New York at an early age. As a painter of early American life, he displays a quaint humour. Henry acquired an extensive collection of antiques, old photos, & assorted Americana, from which he researched his paintings. His wife Frances said that "Nothing annoyed him more than to see a wheel, a bit of architecture etc. carelessly drawn or out of keeping with the time it was supposed to portray.”