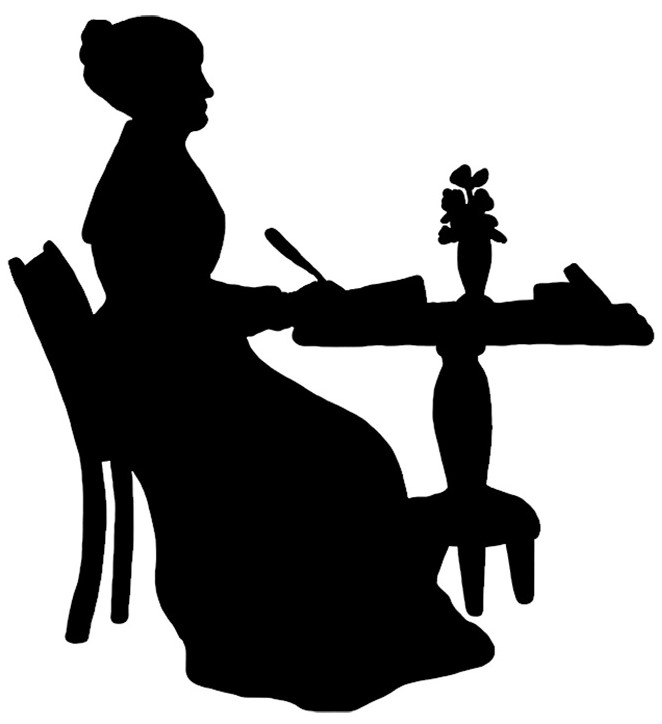 Bullard, Anne Tuttle Jones. The Stanwood Family; or, The History of the American Tract Society.

Hale, Sarah Josepha Buell. Conversations on the Burman Mission.
_____. Poems for our children: designed for families, Sabbath schools, and infant schools. Part I.

Sedgwick, Catharine Maria. Clarence; or, A tale of our own times.

Sedgwick, Elizabeth Buckminster Dwight. A Spanish Conquest of America. Designed for the use of children. Boston: Leonard C.Bowles, 1830.

Willard, Emma Hart. A series of maps to Willard's History of the United States, or Republic of America.

Bacon, Delia Salter. Tales of the Puritans. The regicides. The fair pilgrim. Castine.

Beecher, Catharine Esther. The elements of moral and mental philosophy, founded on experience, reason and the Bible.

Louisa Ralston; or what can I do for the heathen?

Embury, Emma Catherine Manley. (1806-1863) An address on female education, read at the anniversary of the Brooklyn Collegiate Institute for Young Ladies, by Fanning c. Tucker. Written for the occasion by Mrs. Emma C. Embury.

Farrar, Eliza Ware Rotch. The story of the Life of Lafayette, as told by a father to his children.

Griffith, Mary. Our Neighborhood; or, Letters on Horticultural and Natural Phenomena, Interspersed with Opinions on Domestic and Moral Economy.

Livermore, Harriet. A wreath from jessamine lawn; or, Free grace the flower that never fades.
_____. Millenial tidings no. 1.

Robbins, Eliza. Introduction to Popular lessons, for the use of small children in schools.

Willard, Emma Hart. Abridgement of the History of the United States; or, Republic of America.

Adams, Hannah. A Memoir of Miss Hannah Adams, written by herself. With Additional Notices by a Friend [ Hannah Farnham Sawyer Lee].

Beecher, Catharine Esther. Arithmetic simplified: prepared for the use of primary schools, female seminaries, and high schools: in three parts.

Bullard, Anne Tuttle Jones. The Reformation; a True Tale of the Sixteenth Century.

Follen, Eliza Lee Cabot. Sequel to the well-spent hour, or The Birthday.

Peabody, Elizabeth Palmer. First Steps to the study of history: Being part first of a key to history
_____, trans. Self-education; or, The means and art of moral progress.

Stewart, Maria W. Miller. Meditations from the pen of Mrs. Maria W. Stewart. Presented to the First African Baptist Church and Society, in the city of Boston.

Bullard, Anne Tuttle Jones. Little Aimee, the persecuted child: to which is added The frightful story.

Hall, Sarah Ewing Selections from the writings of Mrs. Sarah Hall, author of Conversations on the Bible, with a memoir of her life. Ed. By Harrison Hall.

Leslie, Eliza. Atlantic Tales; or, Pictures of youth.
_____. Pencil Sketches; or, Outlines of character and manners.

Peabody, Elizabeth Palmer. The Hebrews.
_____.The Greeks; part three of a key to history.

Phelps, Almira Hart Lincoln. Botany for beginners: an introduction to Mrs. Lincoln's Lectures on botany.
_____. Address on the subject of female education in Greece, and general extension of Christian intercourse among females.
_____. Caroline Westerley; or, The Young Traveller from Ohio.

Robbins, Eliza. Grecian History; Adapted to the Use of Schools and Young Persons.
_____. Classic Tales; designed for the instruction and amusement of young persons.

Sigourney, Lydia Howard Huntley. Biography of pious persons; abridged for youth.
____. Letters to young ladies.
_____. How to be happy.
_____. The farmer and the soldier.
_____. Memoir of Phoebe P. Hammond, a pupil in the American asylum at Hartford.

Day, Martha. Literary remains of Martha Day, with the Rev. Dr. Fitch's address at her funeral, and sketches of her character.

Farrar, Eliza Ware Rotch. The Youth's Letter Writer; or, The Epistolary Art Made Plain and Easy to Beginners, through the example of Henry Moreton.

Leslie, Eliza. Laura Lovel; a sketch for ladies only.

Robbins, Eliza. English History; Adapted to the Use of Schools and Young Persons.

Wheatley, Phillis. Memoir and poems of Phillis Wheatley, a native African and a slave: Dedicated to the friends of the Africans.

Beecher, Catharine Esther. An essay on the education of female teachers, American Lyceum and communicated at their annual meeting, New York, May 8th, 1835.

Bullard, Anne Tuttle Jones. The wife for a missionary.

Child, Lydia Maria. The history of the condition of women, in various ages and nations. 2 vols.

Farrar, Eliza Ware Rotch. The adventures of Congo in search of his master:an American tale.

Gould, Hannah Flagg. Esther: a scripture narrative; together with an original poem.

Leslie, Eliza, ed. The violet: a Christmas and New Year's gift, or birthday present for 1836.

Livermore, Harriet. The hero of Israel to meet the loud echo of the wilds of America.

Peabody, Elizabeth Palmer. Record of a school; exemplifying the principles of spiritual culture.

Willard, Emma Hart. A system of universal history, in perspective: accompanied by an atlas, exhibiting chronology in a picture of nations,and progressive geography in a series of maps.

Beecher, Catharine Esther. Letters on the difficulty of religion.

Brown, Phoebe Hinsdale. The tree and its fruits; or, Narratives from Real Life.
___. The village school, to which is added Jenny; or The conversion of a child, a narrative.

Chapman, Maria Weston. Songs of the free and hymns of Christian freedom.

Child, Lydia Maria. Anti-slavery catechism.
_____. The evils of slavery, and the cure of slavery.
_____. Philothea; a romance

Griffith, Mary. Camperdown; or, News from our Neighborhood.
_____. Three hundred years hence.
____. Discoveries in light and vision: with a short memoir containing Discoveries in the mental faculties.

Grimké, Angelina Emily Weld. Appeal to the Christian women of the South.

Larned, Mrs. L. The American Nun; or, The Effect of Romance.

Lee, Jarena The life and religious experience of Jarena Lee, a coloured lady, giving an account of her call to preach the gospel.

Morgan, Susan Rigby Dallam. The Swiss heiress; or, The bride of destiny. 2 vols.

Peabody, Elizabeth Palmer. (1804-1894) Method of spiritual culture: being an explanatory preface to the second edition of record of a school.

Beecher, Catharine Esther. An Essay on Slavery and Abolitionism, with Reference to the Duty of American Females.

Child, Lydia Maria. The family nurse; or, Companion of the frugal housewife.

Grimké, Angelina Emily Weld. An appeal to the women of the nominally free states.

Hale, Sarah Josepha Buell, ed. The Ladies' Wreath; a selection from the female poetic writers from England and America.

Lee, Hannah Farnham Sawyer. Three Experiments of Living: living within the means; living up to the means; living beyond the means.
_____. Fourth experiment of living: living without means.
_____. Living on other people's means; or, The history of Simon Silver.
_____. The Contrast; or, Modes of Education.
_____. The Harcourts: Illustrating the Benifit of Retrenchment and Reform.
_____. Rich Enough. A Tale of the Times.
_____. Elinor Fulton; sequel to Three experiments of living.

Leslie, Eliza. Directions for cookery; being a system of the art, in its various branches.

Phelps, Almira Hart Lincoln. Familiar lectures on natural philosophy, for the use of schools.

Sigourney, Lydia Howard Huntley. A book for girls, in prose and poetry.

Barnes, Charlotte Mary Sanford. The Night of the Coronation. Written on reading the account of the coronation of Victoria I.

Embury, Emma Catherine Manley. Constance Latimer, or, The Blind Girl; with other tales.

Gilman, Caroline Howard. The lady's annual register, and housewife's memorandum book for 1839.
_____. Recollections of a Southern Matron.
_____. The poetry of travelling in the United States.

Grimké, Angelina Emily Weld. Letters to Catherine E. Beecher, in reply to an essay on slavery and abolitionism, addressed to A.E. Grimké.

Grimké, Sarah Moore.Letters on the equality of the sexes,and the condition of woman.

Hall, Fanny W. Rambles in Europe; or, a Tour through France, Italy, Switzerland, Great Britain, and Ireland, in 1836.

Lee, Eliza Buckminster. Sketches of a New England Village in the Last Century.

Leslie, Eliza. Althea Vernon; or, The Embroidered Handkerchief. To which is added Henrietta Harrison, or The Blue Cotton Umbrella.
_____. The tell-tale; and, the week of idleness.

Livermore, Harriet. A letter to John Ross: the principal chief of the Cherokee nation.

Mayo, Sarah Carter Edgarton. Ellen Clifford; or, The genius of reform.
_____. The Palfreys: A Tale.

Robbins, Eliza. The first book; or, Primary lessons for public and private schools.

Bacon, Delia Salter. The Bride of Fort Edward, founded on an incident of the revolution.

Cunningham, Virginia. Maid of Florence; or, A woman's vengeance, a psuedo-historical tragedy in five acts.

Davis, Mary Elizabeth Morague. The British Partizan: A Tale of the Times of Old.

Fuller, Margaret, trans. Conversation with Goethe in the last years of his life.

Gilman, Caroline Howard Tales and Ballads.
_____, ed. Letters of Eliza Wilkinson, during the invasion and possession of Charlestown, S.C., by the British in the Revolutionary War.
_____. Verses of a life Time. Boston and Cambridge: James Munroe and Co., [AAS date 1839] [OCLC date 1849].

Hale, Sarah Josepha Buell. The good housekeeper or the way to live well and to be well while we live containing directions for choosing and preparing food in regard to health, economy, and taste.

Hall, Louisa Jane Park. Hannah, the mother of Samuel the prophet and judge of Israel. A sacred drama.
_____. The New Year's Day.

Lee, Hannah Farnham Sawyer. Rosanna; or, Scenes in Boston..
_____. The life and times of Martin Luther.

Robbins, Eliza. The school friend, or Lessons in prose and verse.

Stephens, Ann Sophia Winterbotham. The queen of a week.

Stowe, Harriet Beecher. The gift, a Christmas and New Year's present for 1840.