A History of the Litchfield Female Academy

Sarah Pierce, born in 1767, was the 5th child and 4th daughter of Litchfield, Connecticut, farmer and potter John Pierce and his wife Mary Paterson. Sarah’s mother died in 1770, and 2 years later her father remarried and had 3 more children. 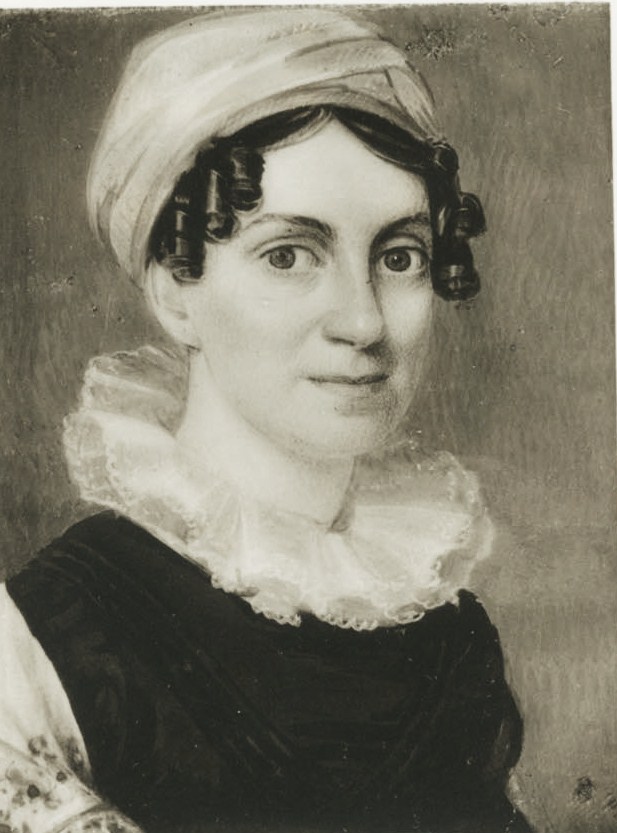 Sarah Pierce 1767-1852  Her father died in 1783, leaving her brother John Pierce, responsible for his step-mother and 7 younger siblings. During the Revolutionary War, Pierce became the Assistant Paymaster of the army; and after the war, he was named Commissioner of the Army, responsible for settling the army’s debts.

As he prepared to marry, Pierce sent his younger sisters Mary and Sarah to New York City schools specifically to train to become teachers, so that they could help support their step-mother and younger half-siblings. Returning to Litchfield, Sarah Pierce brought a few students with her from New York and established her school. It was a commercial family undertaking. Her sister Mary handled the boarders and the school accounts, while her sister Susan’s husband, James Brace, also taught in the school.

The Litchfield Female Academy was one of a small group of early schools that played a critical role in shaping later educational, social and economic opportunities for women. Over 3000 young ladies attended the school over its 41 year history. From 1792-1833, the Litchfield Female Academy attracted students from 15 states and territories, Canada, Ireland and the West Indies.

In 1792, the school differed little from the large number of small female academies opening throughout the country, especially in the northeastern states. Pierce first offered a limited curriculum of a smattering of English, ancient and European history, geography, arithmetic and composition. Pierce continuously improved and expanded her academic curriculum, offering many subjects rarely available to women, including logic, chemistry, botany, and mathematics.

At the same time, Pierce experimented with innovative ways to unite the academic and ornamental subjects. Students drew and painted maps and made charts of historical events to reinforce geography and history lessons. Students also illustrated poetry, literature, and mythological and biblical readings with elaborate embroideries and detailed watercolor paintings. Botany and natural history lessons were often illustrated with watercolor drawings.

Although primarily interested in a strong academic curriculum, Sarah Pierce knew that teaching the ornamental subjects was critical to the success of her school. In the 18th century, most wealthy parents were willing to invest in a son’s education, because it increased his chances of pursuing a profitable career. For young women, advanced educational opportunities were few, and the ability of their families to pay the high cost of an education became a symbol of wealth.

The decorative paintings and needleworks made by the girls at female academies were hung in their parents' formal parlors as proof of family prosperity. Learning dancing, music, foreign languages, art and other ornamental subjects was also important for those students who wanted to become teachers, start their own academies, or marry well.

Sarah Pierce encouraged her students to become involved in benevolent and charitable societies. The Litchfield Female Academy students organized to support local missionary, bible and tract societies and raised money for the training of ministers. 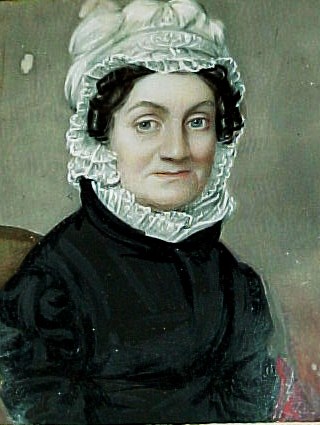 Sarah Pierce 1767-1852  Piece never married and died at the age of 83 years old. The Litchfield Enquirer newspaper published an obituary on January 22, 1852 which read "We regret the necessity which compels us to announce the departure from this life of one who has perhaps been more extensively known for a period of sixty years than any other lady in New England. Miss Sarah Pierce died at her residence in this village on Monday morning, the 19th last, at the advanced age of 83 years. In 1792, Miss Pierce established a Female Seminary in this place which, as it was the first institution of the kind in this part of the country required great celebrity and pupils resorted to it from distant States as well as from various parts of our own State. This institution was incorporated by the Legislature of Connecticut under the name of the 'Litchfield Female Academy.' Miss Pierce retired from the institution several years ago and has since lived in quiet enjoyment of an ample fortune, universally respected for her constant piety, systematic benevolence and cheerful hospitality."
Posted by Barbara Wells Sarudy at 4:00 AM