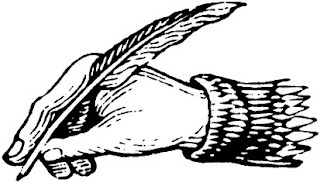 Margaret Ann "Meta" Morris Grimball, 1810-1881, was a descendent of Lewis Morris, a signer of the Declaration of Independence. In 1830, she married John Berkley Grimball (1800-1892), who owned a rice plantation near Adam's Run, South Carolina. They had nine children, whom they brought up at the plantation and in Charleston. During the Civil War, the family sought safety in Spartanburg, South Carolina. The plantation was confiscated by federal troops but returned to the family in 1866. The Grimballs were unable to continue mortgage payments and lost the house in 1870. Meta kept a diary before, during, and immediately after the Civil War. In it she records the major events of the day and their effect on her family's life. Grimball juxtaposes common domestic concerns with larger issues related to the Civil War, including slavery, personal safety, and religion. See Documenting the American South (DocSouth.unc.edu), a digital publishing initiative of the University Library at the University of North Carolina at Chapel Hill.

1862
Daughter Elizabeth had a charming Christmas day...She was invited to spend the day with Mrs Dawkins, at Union, where there is a very nice Episcopal Church...There was a plentiful breakfast on their arrival, and then the Christmas tree for the children, with little gifts made by kind hands. After the tree they practised the Church Music, then went to Church, where E. took her place in the Choir, they returned to Mrs D's, had a real Christmas dinner...We went to hear Mr Whiteford Smith preach in the morning, had a fine sermon...came home to a dinner of Roast pig and a pudding, which we all enjoyed...In the evening short cake, and a great deal of pleasant talk. - Just now we have some sausages, and I am glad Mr Grimball is with us to enjoy them.

Son Berkley writes that his Christmas passed very pleasantly, they had a fine breakfast, of Opossum, Partridges, corn bread, & butter. A dinner with company. - In the Evening Theatricals a burlesque on the Ghost Scene in Hamlet. The dying scene of Lady Macbeth, and then a piece called the stolen pig, a man comes to the Captain of the Company complaining of having lost a pig, & says his negro, Cuffy, saw who took it. The Court Martial is arranged and the whole company called out, and Cuffy is made to point to the man who stole the pig. The part of the negro is played by Simons; and to the great delight of the negroes present, composed of teamsters, & servants there was music between the acts. Berkley lead the Orchestra, which consisted of 2 Violins, a triangle, bones, a drum. The end of the play is that the man is sentenced to death, and dies like Othello.
Posted by Barbara Wells Sarudy at 4:00 AM