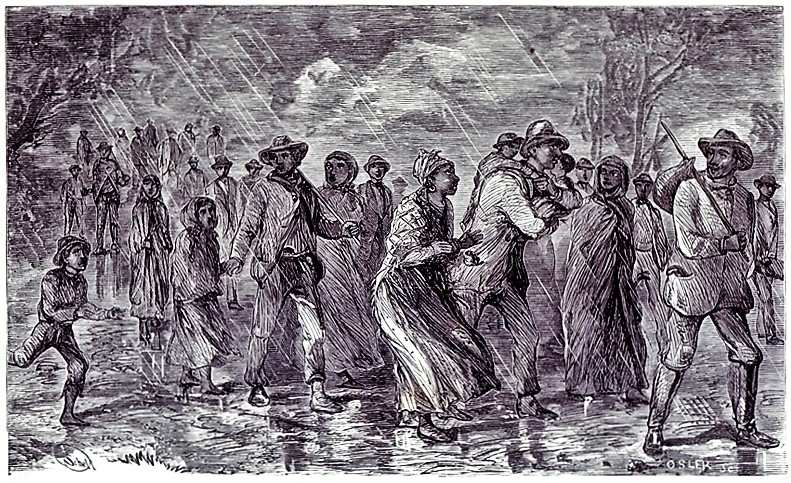 Photos and quotes of former slaves used in these blog posts come from the Slave Narratives. This collection contains over 20,000 pages of typewritten interviews with more than 3,500 former slaves, collected over a ten-year period. In 1929, both Fisk University in Tennessee and Southern University in Louisiana began to document the life stories of former American slaves. Kentucky State College continued the work in 1934. In the midst of the Depression between 1936 and 1939, these narratives continued to be collected as part of the Federal Writers' Project of the WPA, the Works Progress Administration. They were assembled and microfilmed in 1941, as the 17-volume Slave Narratives: A Folk History of Slavery in the United States from Interviews with Former Slaves. The collection includes photos of the interviewees taken in the 1930s as well as their full interviews. Those whose voices are included in the collection ranged in age from one to fifty at the time of emancipation in 1865; more than two-thirds were over eighty when they were interviewed.

The problem that I have with these interviews is the language as reported by the interviewers, but I do not retranscribe it into "correct" English, no matter how much it tempts me. The Library of Congress explains on their website, "The narratives usually involve some attempt by the interviewers to reproduce in writing the spoken language of those interviewed...The interviewers were writers, not professionals trained in the phonetic transcription of speech...by the 1930s, when the interviews took place, white representations of black speech already had an ugly history of entrenched stereotype dating back at least to the early nineteenth century." What most white interviewers assumed to be "the usual" patterns of their informants' speech was unavoidably influenced by the 1930s preconceptions and stereotypes of the interviewers themselves. The result, as the historian Lawrence W. Levine has written, "is a mélange of accuracy and fantasy, of sensitivity and stereotype, of empathy and racism" that may sometimes be offensive to today's readers. Yet whatever else they may be, the representations of speech in the narratives are a pervasive and forceful reminder that these documents are not only a record of a time that was already history when they were created: they are themselves irreducibly historical, the products of a particular time and particular places..."
Posted by Barbara Wells Sarudy at 4:30 AM