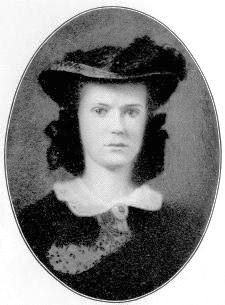 Born into a wealthy New Orleans family, Sarah Morgan, 1842-1909, was the daughter of an influential judge who moved his family to Baton Rouge when Sarah was eight. Morgan began her diary in 1862 at age 20. Her family became divided, as some broke from regional loyalty to support the North. When Union soldiers captured New Orleans in 1862, Morgan was at first impressed with civility of the officers, but when Baton Rouge experienced the same fate, her attitude changed dramatically. Morgan and her widowed mother were forced to move back to New Orleans, where in 1864, they learned that two of her brothers died of disease in Confederate ranks. Morgan never returned to Baton Rouge. In 1874, she married Frank Dawson, a newspaper owner, who died 10 years later, leaving Morgan with two children. In her later years, Morgan moved to Paris, where she died on May 5, 1909. See Documenting the American South (DocSouth.unc.edu), a digital publishing initiative of the University Library at the University of North Carolina at Chapel Hill.

1862
Yesterday, being a beautiful day, I was carried down in honor of Christmas, to meet Captain Fenner and Mr. Duggan who were to dine with us...We had an exquisite Christmas gift the night before, a magnificent serenade, a compliment from Colonel Breaux...While all goes on merrily, another rap comes, and enter Santa Claus, dressed in the old uniform of the Mexican War, with a tremendous cocked hat, and preposterous beard of false hair... It was a device of the General's, which took us all by surprise. Santa Claus passes slowly around the circle, and pausing before each lady, draws from his basket a cake which he presents with a bow, while to each gentleman he presents a wineglass replenished from a most suspicious-looking black bottle which also reposes there. Leaving us all wonder and laughter, Santa Claus retires with a basket much lighter than it had been at his entrance. . .Then follow refreshments, and more and more talk and laughter, until the clock strikes twelve, when all these ghosts bid a hearty good-night and retire.
Posted by Barbara Wells Sarudy at 4:00 AM