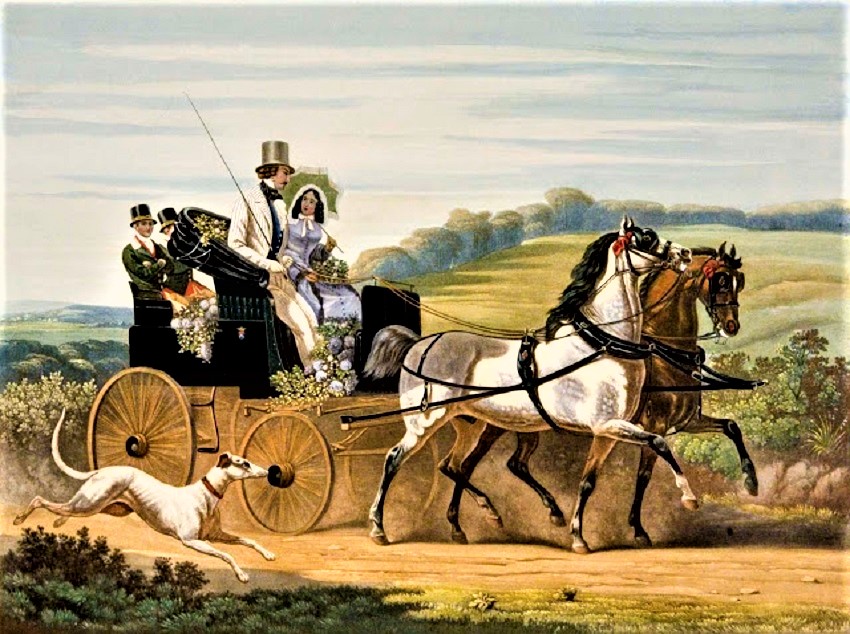 The Norman Rockwell Museum tells us that before the end of the 19th century, proper women were typically relegated to the position of passengers in their conveyances–driving was done by servants, hired drivers, or one’s male escort. Horses were big and needed considerable physical strength to control.

If a woman desired to drive her own horse-drawn carriage she was often accompanied by her servant sitting behind his mistress ready to assist her in a moment’s notice. As you can see in Mary Cassatt’s 1879 painting of a woman driving her carriage showing her servant seated at the back. 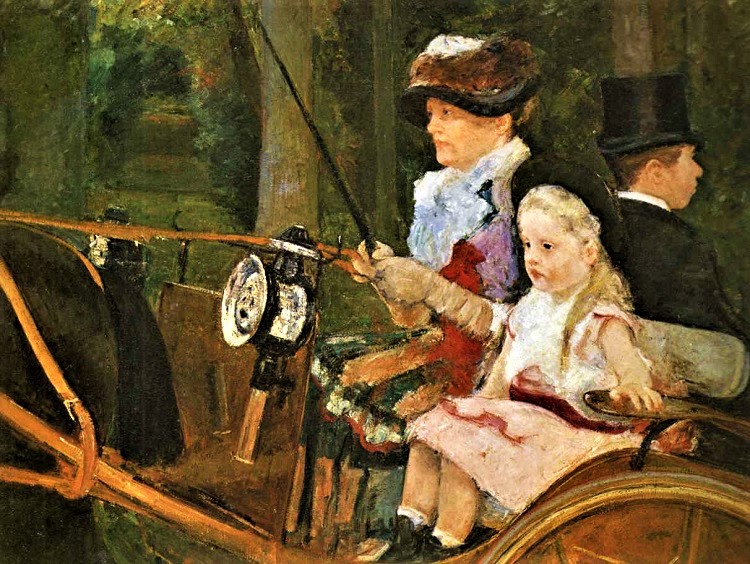 Not until the end of the 19th century was it acceptable for women to drive their own carriages, which were typically designed to be lighter in weight and of a lower profile so that if unaccompanied a woman might alight without assistance and still have the strength to control the animal and vehicle.

Even with the advent of the automobile, there were similar discussions of a woman’s suitability with regards to handling a powerful auto. Montgomery Rollins in a 1909 article magazine wrote, “It’s no child’s play to run a motor car. No license should be granted to one under eighteen, and . . . never to a woman, unless, possibly, for a car driven by electric power.” Not suited to distance driving or high speeds, the electric car was considered safer for a woman because it was quieter, cleaner, and easier to operate. Not surprising, women did not necessarily seek only simplicity and ease—like men, some desire and desired power, speed, and control. 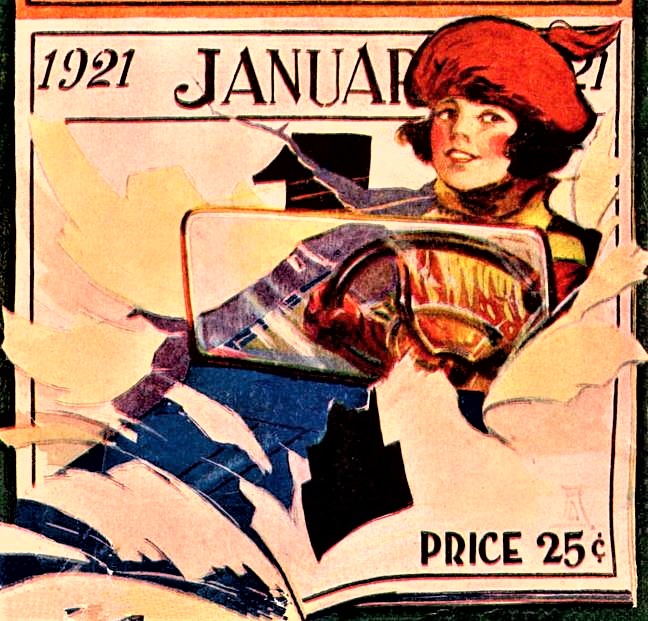 After the passage of the women’s voting rights amendment in 1920, American woman were on the cusp of a new age and even illustration showed their verve as they embraced the new era. The cover illustration for the January 1921 issue of American Automobile Digest shows an exuberant young woman driving her auto through the January 1st calendar page in celebration of her new freedom.
Posted by Barbara Wells Sarudy at 4:00 AM