Mary Jemison (Deh-he-wä-mis) (1743–1833) was probably about 15 years old, when she was captured & adopted by Seneca Indians during the French and Indian War.  Jemison was 80 years old, when she told her story to James Seaver who wrote the narrative of the young British American woman who chose to remain within the Indian culture which had adopted her. 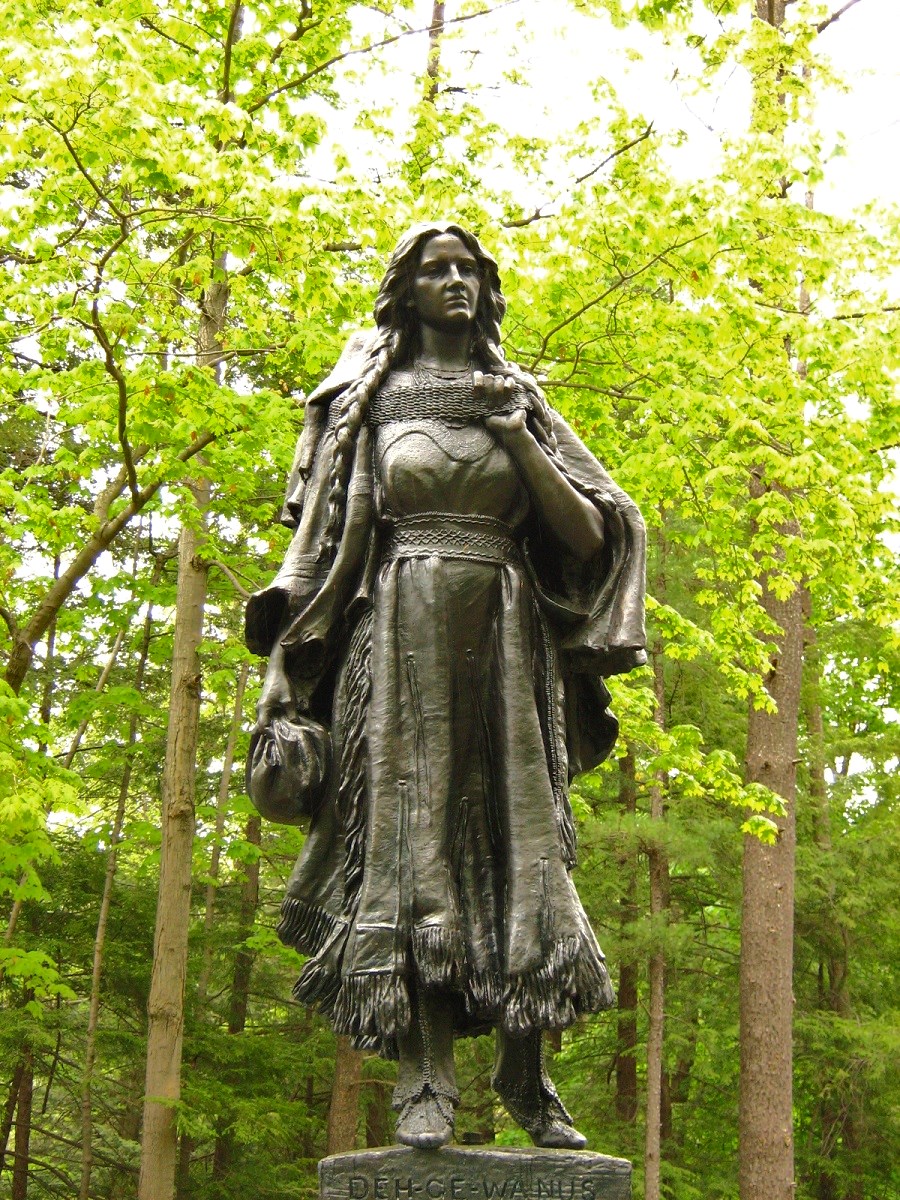