Women of the Old South 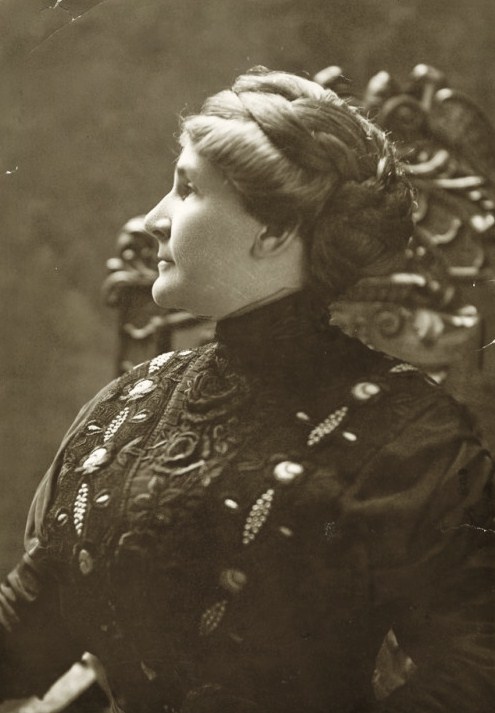 The life of the great landowners and slaveholders resembled that of the old feudal lords. The overseer stood between the master and the slave in matters of detail. He conducted the local business of the plantation, managed the negroes, and was the possessor of almost unlimited power when the less serious-minded planter preferred his pleasures to his duties.

The middle class carried on the concerns of commerce and the trades incident to a vast agricultural area, and were the men of affairs in its churches and municipalities.

The third class constituted a yeomanry, - small farmers who, for the most part, preempted homesteads on the poorer lands, sometimes owning a few slaves, and who lived in a world of their own, - the westward drift from the Atlantic seaboard and the Blue Ridge mountains, with an inherited tone of life that defied change until the public school, of post-bellum origin, began its systematic inroads on the new generation.

Ladies of wealth and position were surrounded by refinements and luxury. They had their maids and coachmen and a retinue of other servants.

There was a time-honored social routine from which they seldom varied; a decorous exchange of visits, elaborate dinings and other interchanges of dignified courtesies. Every entertainment was punctilious, strongly suggestive of colonial gatherings.

No young woman went out unchaperoned. Marriage was the ultimatum of her existence and was planned for from the cradle by interested relatives.

When the holy estate had been entered, women glided gracefully into the position of the most honored occupant of the home and kept their trust faithfully, making devoted wives and worshipful mothers.

The popular delusion is that the ante-bellum Southern woman, like Christ's lilies, "toiled not." Though surrounded by the conditions for idleness she was not indolent after she became the head of her own household.

Every woman sewed, often making her own dresses; the clothing of all the slaves on a plantation was cut and made by negro seamstresses under her direct supervision, even the heavy coats of the men; she ministered personally to them in cases of sickness, frequently maintaining a well managed hospital under her sole care.

She was a most skillful housekeeper, though she did none of the work with her own hands, and her children grew up around her knees; however, the black "mammy " relieved her of the actual drudgery of child-worry.

The women of the South, in the main, realized their obligations and met them with reflective efficiency. Notwithstanding their apparent freedom from responsibility and their outward lightness of character, there was the deepest undertone of religious enthusiasm pervading their natures; and this saving grace has clung to the Southerners through all their changing fortunes. They are the most devout people in this nation to-day. Among them is found less infidelity, - fewer "isms" have crept into their orthodoxy. As they have remained the most purely Anglo-Saxon, so have they continued the most reverent.

The army of governesses and public school teachers was made up of gentlewomen of reduced means, the large middle class, and of women from the North. Teaching, sewing and keeping boarders were about the only occupations open to women of that day by which they could obtain a livelihood.

Belle Kearney, a Mississippi temperance reformer, suffragist, teacher, and state legislator, was born on her parents' plantation in Madison County, Mississippi on March 6, 1863. As a wealthy plantation owner, Belle's father, Walter Guston Kearney, briefly studied law and dabbled in state politics prior to the Civil War.

After the war, however, his plantation suffered serious financial losses, and, like many members of the old southern aristocracy, he had to curtail his lavish lifestyle as his plantation shrank to 400 acres of unprofitable land. When Belle's father could no longer afford her five-dollar monthly tuition at the Canton Young Ladies' Academy, she educated herself, and eventually opened a private school in a spare bedroom of the plantation house as a means of income.

Deeply concerned about the growing need for public education in the South, Belle began teaching in the newly established public school system despite her father's protests. Her keen interest in education and women's roles in the New South led her to accept a position as superintendent in the Women's Christian Temperance Union in 1889. Guided by her mentors, Frances Willard and Susan B. Anthony, Kearney became an acclaimed orator and traveled on the national and international circuits advocating temperance and women's suffrage.

She was also a white supremacist and used these speaking opportunities to forward her ideas about race relations in the South and the nation. In 1903, she made her most famous speech in support of white supremacy at the National American Woman Suffrage Association Convention. While delivering the keynote address, Kearney claimed that women's suffrage would bring about "immediate and durable white supremacy, honestly attained." Following in her father's footsteps, Belle entered the southern political arena, becoming the first woman elected to the Mississippi state senate in 1923. She died February 27, 1939 at the age of 75.

In her autobiography, A Slaveholder's Daughter (1900), which went into ten printings, Kearney intertwines her personal history with commentary on the changes the South experienced during the first half of her life. As a member of the southern aristocracy, she offers an insider's perspective on plantation life and recounts its inevitable demise during Reconstruction. No longer limited to the circumscribed existence of a slaveholder's daughter, Kearney has the freedom to take on more progressive roles as educator and women's activist. Her story is ultimately about education, as she writes of its importance not only for her personal growth but also for the South as a whole. Kearney's narrative continues through her roles as suffragist and temperance advocate under the guidance of Francis Willard and Susan B. Anthony. She ends her story before she becomes involved with the Mississippi legislature. Written by Armistead Lemon & Harris Henderson.

This work is the property of the University of North Carolina at Chapel Hill. It may be used freely by individuals for research, teaching and personal use as long as this statement of availability is included in the text.  To read this book online, click here.
Posted by Barbara Wells Sarudy at 4:00 AM