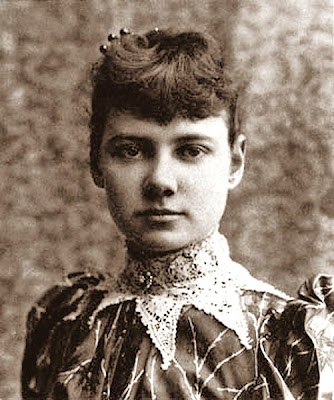 TRYING TO BE A SERVANT.
MY STRANGE EXPERIENCE AT TWO EMPLOYMENT AGENCIES.

NONE but the initiated know what a great question the servant question is and how many perplexing sides it has. The mistresses and servants, of course, fill the leading roles. Then, in the lesser, but still important parts, come the agencies, which despite the many voices clamoring against them, declare themselves public benefactors. Even the "funny man" manages to fill a great deal of space with the subject. It is a serious question, since it affects all one holds dear in life–one's dinner, one's bed, and one's linen. I had heard so many complaints from long-suffering mistresses, worked-out servants, agencies, and lawyers, that I determined to investigate the subject to my own satisfaction. There was only one way to do it. That was to personate a servant and apply for a situation. I knew that there might be such things as "references" required, and, as I had never tested my abilities in this line, I did not know how to furnish them. Still, it would not do to allow a little thing like a "reference " to stop me in my work, and I would not ask any friend to commit herself to further my efforts. Many girls must at one time be without references, I thought, and this encouraged me to make the risk.

On Monday afternoon a letter came to the World office from a lawyer, complaining of an agency where, he claimed, a client of his had paid for a servant, and the agent then refused to produce a girl. This shop I decided to make my first essay. Dressed to look the character I wanted to represent, I walked up Fourth Avenue until I found No. 69, the place I wanted. It was a low frame building which retained all the impressions of old age. The room on the first floor was filled with a conglomeration of articles which gave it the appearance of a second-hand store. By a side door, leaning against the wall, was a large sign which told the passing public that that was the entrance to the "Germania Servants' Agency." On a straight, blue board, fastened lengthwise to a second-story window, was, in large, encouraging white letters, the ominous word "Servants."

I entered the side door, and as there was nothing before me but the dirty, uncarpeted hall and a narrow, rickety-looking staircase, I went on to my fate. I passed two closed doors on the first landing, and on the third I saw the word "Office." I did not knock, but turned the knob of the door, and, as it stuck top and bottom, I pressed my shoulder against it. It gave way, so did I, and I entered on my career as a servant with a tumble. It was a small room, with a low ceiling, a dusty ingrain carpet and cheaply papered walls. A heavy railing and a high desk and counter which divided the room gave it the appearance of a police court. Around the walls were hung colored advertisements of steamship lines and maps. Above the mantel, which was decorated with two plaster-paris busts, was a square sheet of white paper. I viewed the large black letters on this paper with a quaking heart. "References Investigated!!" with two exclamation points. Now, if it had only been put quietly and mildly, or even with one exclamation point, but two–dreadful. It was a death warrant to the idea I had of writing my own references if any were demanded.

A young woman who was standing with a downcast head by the window turned to look at the abrupt newcomer. A man who had apparently been conversing with her came hastily forward to the desk. He was a middle-sized man, with a sharp, gray eye, a bald head, and a black frock-coat buttoned up tightly, showing to disadvantage his rounded shoulders.

"Well?" he said to me, in a questioning manner, as he glanced quickly over my "get up."

"Are you the man who gets places for girls?" I asked, as if there were but one such man.

"Yes, I'm the man. Do you want a place?" he asked, with a decidedly German twang.

"What did you work at last?"

"Oh, I was a chambermaid. Can you get me a position, do you think?"

"Yes, I can do that," he replied. "You're a nice-looking girl and I can soon get you a place. Just the other day I got a girl a place for $20 a month, just because she was nice-looking. Many gentlemen, and ladies also, will pay more when girls are nice-looking. Where did you work last?"

"I worked in Atlantic City," I replied, with a mental cry for forgiveness.

"Have you no city references?"

"No, none whatever; but I want a job in this city, that's why I came here."

"Well, I can get you a position, never fear, only some people are mighty particular about references."

"Have you no place you can send me to now?" I said, determined to get at my business as soon as possible.

"You have to pay to get your name entered on the book first," he said, opening a large ledger as he asked, "What is your name?"

"How much do you charge?" I asked, in order to give me time to decide on a name.

"I charge you one dollar for the use of the bureau for a month, and if I get you a big salary you will have to pay more."

"That depends entirely on your salary," he answered, non-committal. "Your name?"

"Now, if I give you a dollar you will assure me a situation?"

"Certainly, that's what I'm here for."

"And you guarantee me work in this city?" I urged.

"Oh, certainly, certainly; that's what this agency is for. I'll get you a place, sure enough."

"All right, I'll give you a dollar, which is a great deal for a girl out of work. My name is Sally Lees."

"What shall I put you down for?" he asked..
Posted by Barbara Wells Sarudy at 4:00 AM