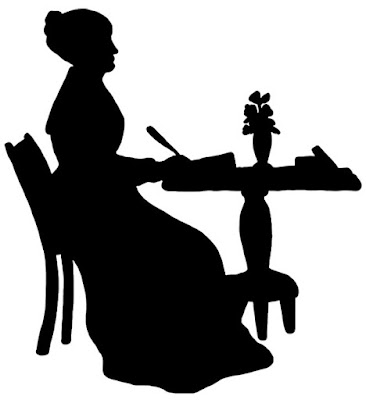 Elizabeth Elkins Sanders [or Saunders] (1762-1851) was an author & social critic, particularly on issues of injustices to Native Americans & wrongs perpetrated by foreign religious missions. She published "Conversations, Principally on the Aborigines of North America" (Salem, Mass. 1828); First Settlers of New England (Boston, 1829); and Tract of Missions (Salem, 1844), the last when she was 82. She also published numerous essays of literary criticism.

Elizabeth Elkins Sanders was born in Salem, Mass., the 2nd daughter of Thomas & Elizabeth (White) Elkins.  Her father’s occupation is unrecorded; he died before her 2nd birthday, at the age of 26.  On Apr. 28, 1782, she married Thomas Sanders, the son of a Gloucester merchant.  At the time of their marriage Sanders was in the employ of Elizabeth’s kinsman Elias Hasket Derby, the leading merchant in Salem, & Sanders in his turn became one of Salem’s most prominent & wealthy men.  Like most other successful Salem families of the period, the Sanderses lived in a handsome house on Chestnut Street.  They were popular & hospitable in a hospitable age.

As omnivorous reader, Elizabeth Sanders was a person of strong & fixed opinions.  Two issues about which she felt most deeply were the plight of the American Indian & the evils of foreign missions.  From numerous books written by travelers among the Indians-including the French Jesuit Pierre Charlevoix, the naturalist William Bartram, & the Moravian minister John Heckewelder-she became convinced that the American aborigines were a people of superior morality & culture who had been treated without justice or humanity by the United States government.

She was particularly incensed by the expulsion of the Creeks & Cherokees from Georgia, a policy she found personified in Gen. Andrew Jackson.  Sanders was 66, when she wrote her first pamphlet, a plea for compassion for Native Americans entitled Conversations, Principally on the Aborigines of North America (1828). This unsigned essay is written in the form of a dialogue between a mother and her young daughter. Its publication coincided with the presidential nomination of Andrew Jackson, who sanctioned the confiscation of Native American lands.

Sanders writes of the atrocities committed by federal troops against such tribes as the Creeks of Georgia, and suggests true Christians would not condone these acts. The pamphlet also includes a detailed survey of Native American culture, from Mexico to the Great Lakes. Sanders emphasizes the Native Americans' skill in medicine and agriculture. The following year she wrote a 2nd pamphlet on Native American rights, The First Settlers of New England (1829).  In 1828, following Jackson’s nomination for the presidency, she published anonymously in Salem, Conversations, Principally on the Aborigines of North America, a 179-page expression of admiration for Indian culture, indignation over its destruction, & contempt for the “sanguinary chieftain” Jackson.  Sanders's writing style is characterized by its directness. She refers to Andrew Jackson as "a second Robespierre" and plainly states her distaste for what she calls "the gloomy doctrines" and "appalling formulas" of Calvinism.

Herself a member of Salem’s First Church (Unitarian), she was convinced that most missionaries, particularly those of the evangelical & Calvinist persuasions, were motivated solely by a desire to live opulently at the expense of others.  Their preaching, she felt, served principally to degrade people whose native religion often compared favorably with the missionaries’ own.  It was absurd to contribute to foreign missions, she asserted, when the record at home-Indian mistreatment, industrial exploitation,

During the next 15 years, many of Sanders's articles, book reviews, and letters appeared in New England newspapers. She did not resume writing pamphlets, however, until she was 82, with Tract on Missions (1844). This was followed by Second Part of a Tract on Missions (1845) and Remarks on the "Tour Around Hawaii," by the, Missionaries, Messrs. Ellis, Thurston, and Goodrich (1848). These essays convey her distrust of most foreign missionaries. In the last, Sanders cites Melville's statement that they converted native peoples, not into Christians, but "into beasts of burden." Sanders fears Europeans will destroy the natives' way of life in the Pacific islands, as they had done in the Caribbean during the 16th century. It is her belief that future generations will not feel that too little had been done for foreigners, but instead will regret "the golden opportunity has been lost…to perpetuate and improve our institutions, which it is feared are rapidly on the decline."

Mrs. Sanders pursued this theme in 2 further pamphlets: Second Part of a Tract on Missions (1845) &  Remarks on the  “Tour around Hawaii”, by the Missionaries, Messrs. Ellis, Thurston, Bishop, & Goodrich (1848), the later published in her 87 year.  Parts of these essays first appeared as articles in the Unitarian  Christian Register & Christian Examiner.  Though one-sided & uncritical in their use of sources, they are clearly the work of a wide-ranging & vigorous mind.  All of Mrs. Sanders’ writing is characterized by a trenchant, sometimes sarcastic, prose style.  A frequent target of her barbs was the missionary to Burma, Adoniram Judson.  By contrast, she thought highly of Herman Melville, whom castigation of the Hawaiian missionaries in Typee (1846) she fully approved.

Though a generous giver to charities, Elizabeth Elkins Sanders is said to have exercised a careful discrimination in her philanthropy, rejecting any appeal based on “sickly sentimentality” (Salem Register, Feb. 27, 1851).  She was of a kindly temperament, quick-witted yet tolerant.  Children & young people, whose companionship she sought in her lively old age, found her particularly sympathetic.  When her eyesight failed, the books in which she was interested were read to her.  She died in Salem in 1851, of “infirmity of lungs,” at 88 years of age, 7 years after her husband’s death.

Laudatory local obituaries characterized Mrs. Sanders as a person of influence.  She was in reality, however, an atypical & isolated figure, her views running sharply counter to the prevailing current of her day.  She sought to apply elements of an 18C world view-deism, rationality, the concept of the “noble savage”-to expansionist fervor, evangelical zeal, & sentimentality.  The missionary enterprise she ridiculed & the Indian policies she denounced remained in full favor for decades to come.